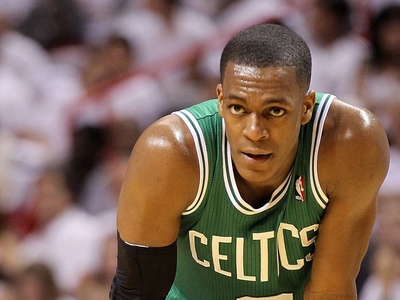 The rest are fighting to stay in Beantown, while some are just hoping to hang on in the NBA.

Rondo admits that leading a group surrounded by so much uncertainty, to say nothing of the losing, has made his job that much tougher this season. The C’s point guard has turned to his old coach, Doc Rivers, for advice.

“Everybody is not going to buy in, because all they hear is that they’re all getting traded because they’re in the middle of a rebuild,’” Rivers said he told Rondo. “So you’re going to go in there and talk about, ‘Hey, let’s buy in as a team,’ and half of them are going to say, ‘I’m not even going to be on this team.’ ”

The Celtics (22-46) are obviously rebuilding, and the front-office is shrewdly avoiding as many long-term contracts as possible.

Rajon Rondo has his work cut out for him, and despite having to navigate such a gloomy season, he knows that a silver lining exists:

“When we win, everybody gets paid.”