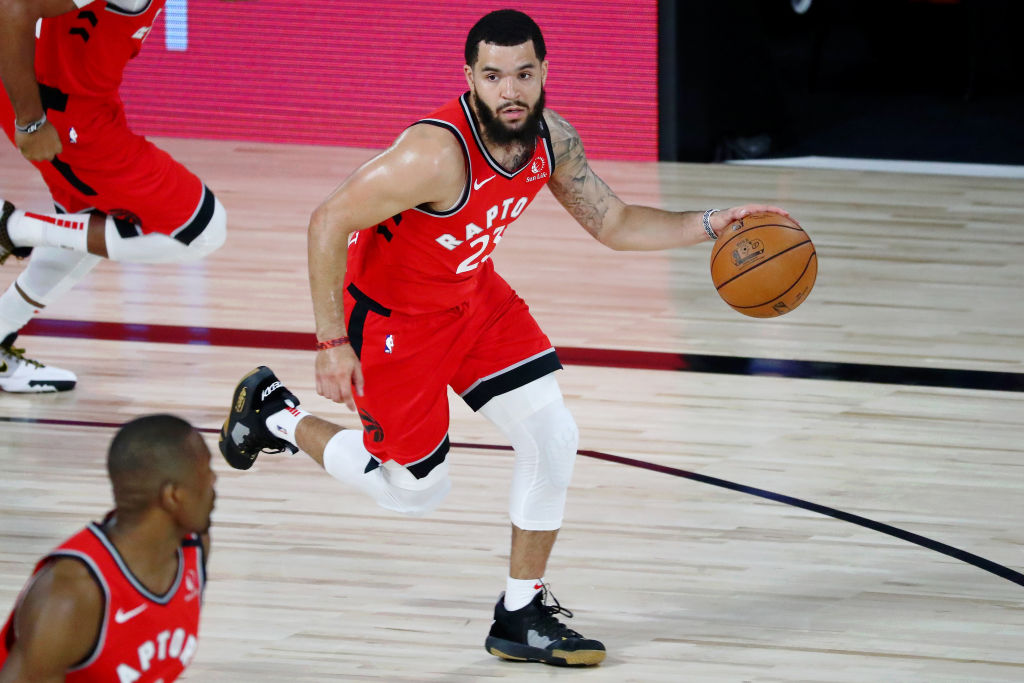 The Toronto Raptors held a team meeting to discuss how they, as a team, could respond to the recent police shooting of Jacob Blake. According to ESPN, among the potential options was to boycott Game 1 of their second-round series.

“Ultimately, playing or not playing puts pressure on somebody,” Raptors guard Fred VanVleet said. The Raps are scheduled to line up against the Celtics in the Eastern Conference semifinals on Thursday.

“If we’re gonna sit here and talk about making change, then at some point we’re gonna have to put our nuts on the line and actually put something up to lose, rather than just money or visibility,” he said. “I’m just over the media aspect of it. It’s sensationalized, we talk about it everyday, that’s all we see, but it just feels like a big pacifier to me.“

VanVleet isn’t the only player that’s grown increasingly frustrated. LeBron James spoke out about the same shooting on Monday night. Eventually, if the idea of a boycott does come to fruition, it would impact two teams in particular; Toronto and Boston.

“It was hard enough even coming down here to be honest,” C’s guard Jaylen Brown added. “But I guess [boycotting is] something you talk about with your team, for sure.“

Brown says that the Celtics haven’t talked about boycotting the game explicitly.

Social justice has been front and center for NBA players in the bubble, which makes the all too familiar violent police encounter that much more disheartening for basketball players trying to gauge where and how they factor into making change.

“We’ve gotta take responsibility as well,” VanVleet said. “Like, what are we willing to give us? Do we actually give a f*** about what’s going on, or is it just cool to wear ‘Black Lives Matter’ on the backdrop, or wear a T-shirt? Like, what does that really mean? Is it really doing anything?“

VanVleet didn’t discuss the other options that came up in the Raptors’ team meeting but the organization has been vocal about their commitment to helping utilize the NBA’s voice.

Toronto showed up to the bubble with ‘Black Lives Matter’ emblazoned on their team bus, were quick to share context about systemic racism in Canada and have spoken freely about Masai Ujiri’s own run in with a police officer during the team’s 2019 championship celebration in San Francisco.