The Toronto Raptors tie up the Eastern Conference Finals with a 105-99 win over the Cleveland Cavaliers. 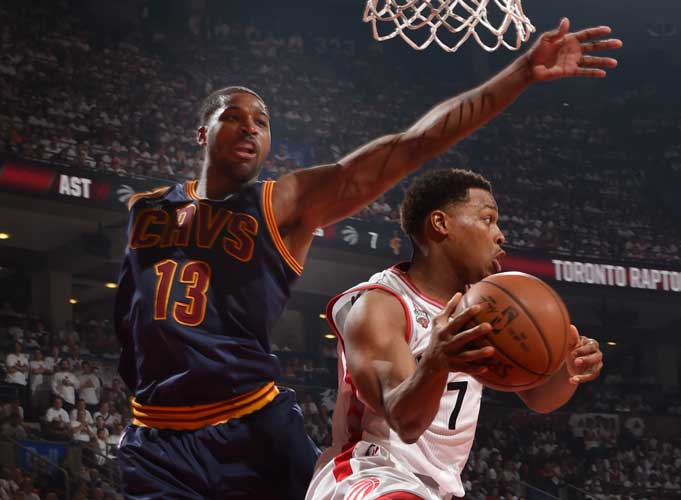 The Toronto Raptors put on a clinic Monday night, shooting 53.8 percent from the field. They led for most of the game, going up by as many as 18 points. Kyle Lowry finished with 35 points to lead all scorers, and DeMar DeRozan wasn’t too far behind with 32 of his own.

LeBron James was the high-scorer for the visiting Cavs, tallying 29 with points coming from moves like these two plays:

King James and his squad gave the Raptors a scare in the final period when they took a brief lead. But Lowry wasn’t about to let the game get away from T-Dot, and he finished off Cleveland with a successful driving layup.

Game 5 is Wednesday in Cleveland.