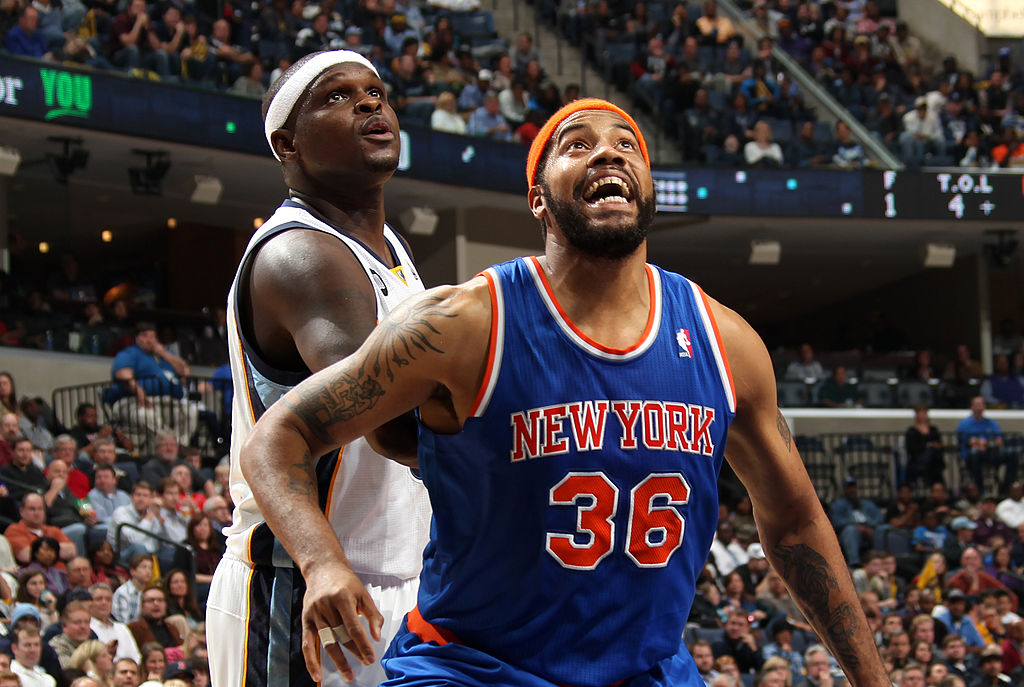 Zach Randolph was recently arrested and charged with “intent to sell” weed in L.A., but Rasheed Wallace says his former teammate is “no dope dealer.”

Z-Bo recently recently agreed to a two-year, $24 million deal with the Sacramento Kings.

Randolph, 36, could face a ban from the NBA should he be convicted of, or pleads guilty, no contest or nolo contendere to, a crime involving the felony distribution of marijuana.

Former Memphis Grizzlies forward Zach Randolph could face similar penalties ex-teammate O.J. Mayo received in terms of being banned from the NBA for violation of the league’s anti-drug policy.

Mayo was dismissed and disqualified from the NBA in 2016 for violating the terms of the league’s anti-drug program, the first player to receive that punishment in a decade.

“The charges are false and misleading,” (Ranoldph’s agent Raymond) Brothers told The Associated Press on Thursday. “We’re looking at all options to resolve this matter.”