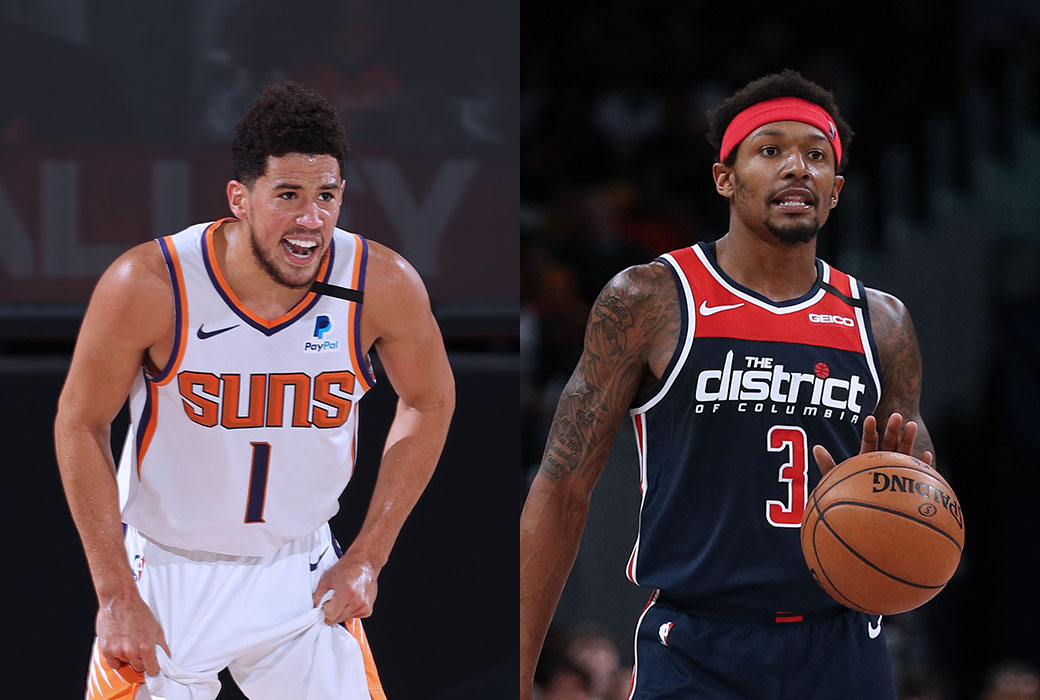 Considered one of the greatest shooters of his generation, Ray Allen says two young players impressed him this past season: the Suns’ Devin Booker and Wizards’ Bradley Beal.

While guesting on “The Posecast” with James Posey and Jamieson Welsh, Allen spoke about how Booker and Beal aren’t just great shooters, but also versatile great scorers—similar to himself during his playing days.

Booker, 23, led Phoenix to an electric 8-0 run in the Bubble and finished the season averaging 26.6 points. If the Suns continue to build around its young core, Allen said, Booker should have an opportunity to win in Phoenix.

“I love what Devin Booker did in the Bubble, but I always knew that he was that type of player,” Allen said.

Beal finished second in the League with a scoring average of 30.5 ppg last season and even dropped 50 points on consecutive nights in February. Allen has long compared Beal’s game to his own, adding that at age 27, Beal hasn’t even reached his prime yet.

“He’ll be somewhere on somebody’s team—if it’s not in Washington—he’ll be helping a team win a Championship within the next 10 years.” Allen proclaimed.