Ray Allen is hurt and The Sonics are being smart 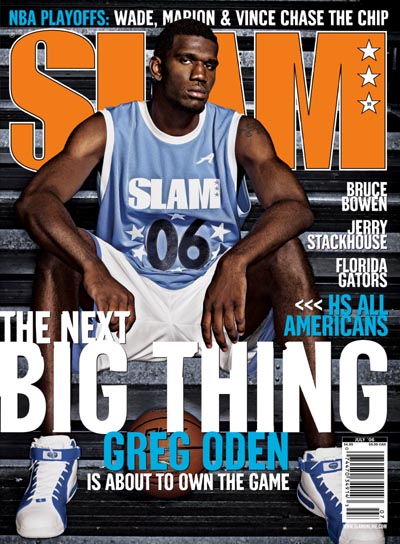 I hinted at this yesterday, and I hope the Sonics are thinking the same thing. At the end of yesterday’s D.A.Y., in recapping the Sonics win over the Hawks, I wrote “Ray Allen didn’t play cause of some foot pain (MRI to come. If the Sonics are smart, they’ll oversell his injury and get into the Oden sweepstakes).” Now they say that Ray is out indefinitely with a bruised ankle.

Keep him out Seattle. Keep him out all year. This is your best chance to rebuild in one shot. The Spurs got Tim Duncan this way, and you can have Oden and Allen, inside out. Now that I think about it, who was the Spurs coach that had to coach that season with David Robinson out, providing San Antonio with their precious lottery balls? Why it was Bob Hill! Perfect! I would trade Rashard Lewis for draft picks too, just to make sure you don’t accidentally win a few games. I know, there are many teams in the East that are worse than even a Rayless Sonics team. But those teams don’t play the majority of their games against the West. Only Portland and Memphis stand in their way out West. The bad teams in the East will keep facing other bad teams, and a bunch of them will have sadly inflated 30 win totals at the end of the year. The Sonics can tank it and stay under 20 if they do this right.

This Ray Allen injury could be the best thing to happen to the Sonics since they traded for Ray Allen. (Which was actually kind of foul to Payton at the time) Don’t mess this up Sonics.