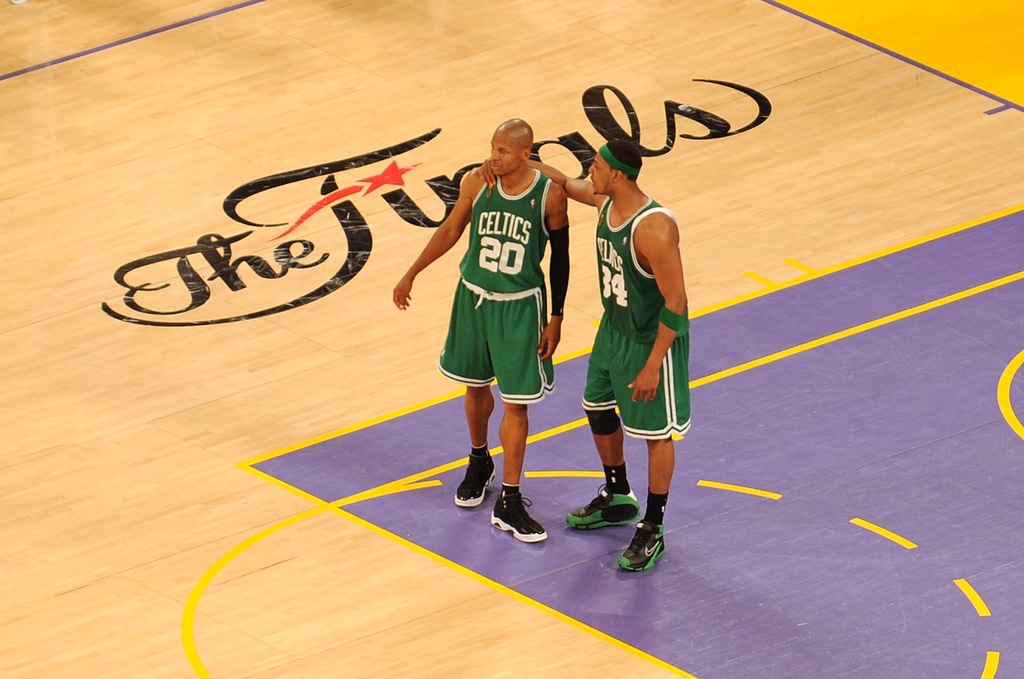 Ray Allen‘s upcoming book, “From the Outside: My Journey through Life and the Game I Love,” is littered with eye-opening stories about his time in Boston.

According to Allen, former Celtics teammate Paul Pierce used to inform the locker room that he was “taking the night off” when facing opponents he didn’t consider worthy of him expending too much energy.

I read Ray Allen's upcoming memoir and he says A LOT of things in 265 pages. https://t.co/F4aosiodPt

Kevin Garnett, as you might image and Allen reports, was the exact opposite.

“He never took a game off. A possession off,” he wrote. “I can’t say that of anyone else I played with, and I played with some of the best.”

Paul Pierce, on the other hand, would explicitly announce he was “taking the night off” when matched up against a player who wasn’t considered to be elite. Although it was partially in jest, Pierce’s attitude ticked Allen off. He was sure to express his disapproval to Pierce, who eventually no longer joked about taking it easy.

“No player should ever have a night off,” Allen wrote. “The worst player in the NBA would not be in the NBA if he weren’t good, which means he has the potential to beat you on any given night. And if you think you have to put forth a greater effort against the top players, you clearly aren’t giving enough of an effort against everyone else.”