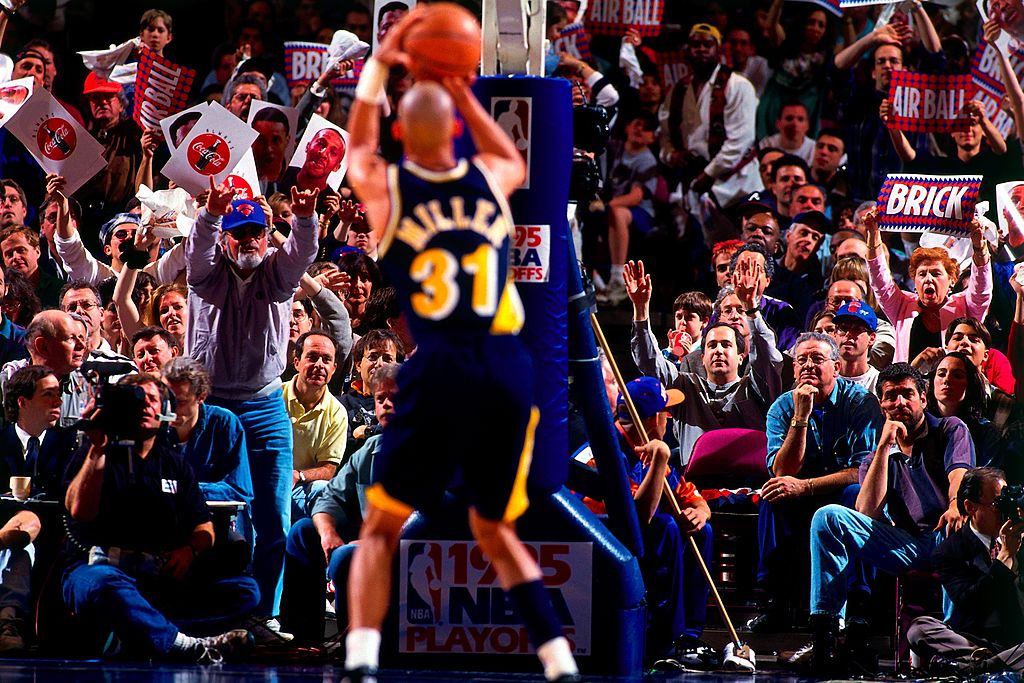 The NBA today looks completely different than it did even a decade ago. Teams are playing small and three-pointers are being shot more frequently than ever before.

Another thing that has changed is the physicality which teams are allowed to play with. In the modern NBA, fouls are much more prevalent and teams aren’t allowed to bully their opponents on defense.

Reggie Miller, who is one of the better shooters in NBA history, spoke on this topic earlier this week. As an analyst for TNT, he gave his thoughts on a foul that was called during a Milwaukee Bucks and Miami Heat game.

“If this was in the 90’s,” Miller said, “[and] you couldn’t contest my shots, you had to go on the side of me, I’d average 45 points. I just don’t know how you contest shots nowadays.”

The league certainly has changed when it comes to the rulebook and what is considered a foul. Defenders are at a disadvantage with how many ways they could be called for a foul against jump shooters. To Miller’s point, this also allows shooters to get off more clean looks, therefore further pushing the league towards shooting more threes.

Miller averaged 18.2 points per game in his career on .395 from three-point range. While he likely wouldn’t average 45 points in the modern NBA, it would be interesting to see how him and other shooters from his decade would have performed if the game were officiated like it is today.