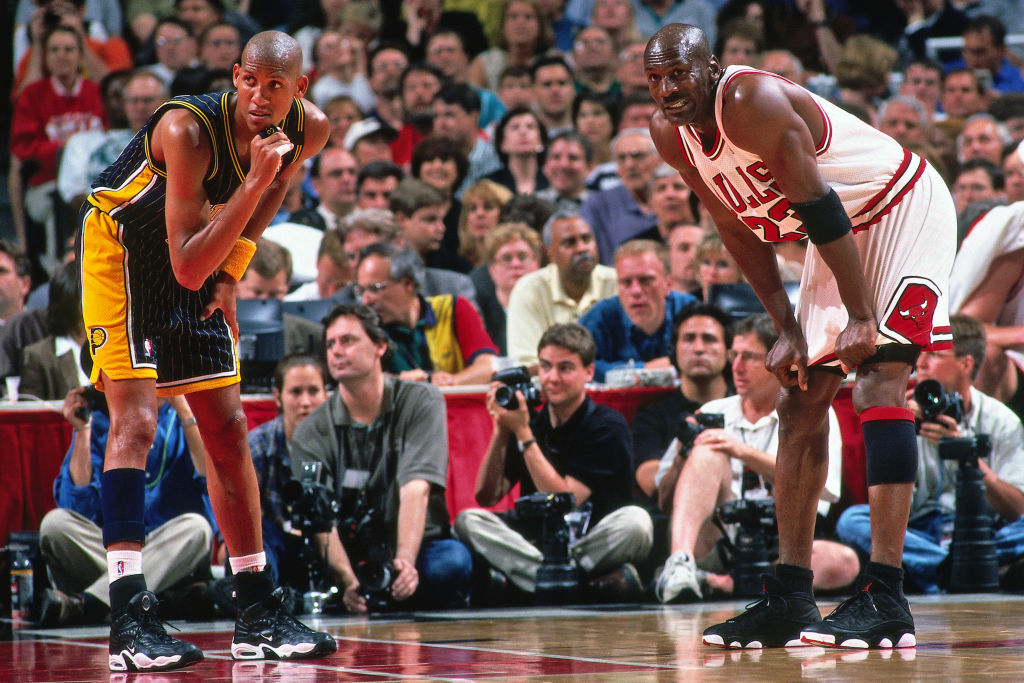 In today’s NBA, player mobility is as high as it has ever been, with players leaving teams in free agency and demanding trades to join other superstars elsewhere. This isn’t the case for Steph Curry, who has spent his entire career with the Golden State Warriors and recently passed Wilt Chamberlain for most points in franchise history.

In previous eras, players like Curry were more common, sticking with one team and playing out their entire career in one city. An example of this was Reggie Miller, who spent his entire career with the Indiana Pacers.

Miller recently spoke to Nick Friedell of ESPN, saying that he isn’t on board with the recruiting that goes on in the modern NBA. In fact, he said that even if Michael Jordan would have recruited him, he wouldn’t have even considered it.

“I would have told him to go f— himself”

While the league has shifted of late when it comes to the style of play on the floor, it’s also changed off the court. Like we’ve seen with the Los Angeles Lakers and the Brooklyn Nets, its not uncommon to have several superstars on one team these days.