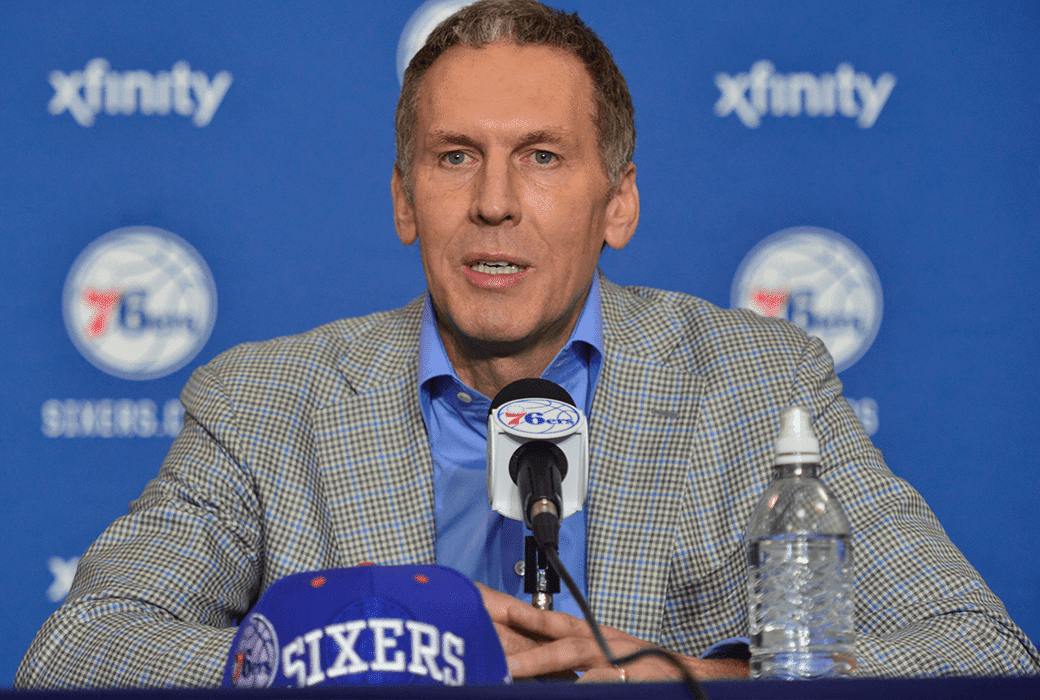 A Ringer report presumed Colangelo was the owner of the burner accounts that were used to rip current and former members of the 76ers organization, but after reports that the accounts would tweet while he did media availability, the probe has shifted to focus on his wife, Barbara.

The 76ers — who have six picks in this year’s NBA Draft and the cap space to pursue a superstar free agent in July —  are hoping to resolve this fiasco as soon as possible, per Woj:

“An angry, embarrassed Sixers ownership group has been discussing the possibility of firing Colangelo, sources said. The Sixers are pushing for a resolution as soon as early this week … Colangelo’s assertion that he was previously unaware of any tweets by his wife has been met with skepticism inside and outside of the 76ers. So far, ownership has been reluctant to separate Colangelo from any family member or close associate responsible for this embarrassing episode, league sources said.”

RELATED: Bryan Colangelo: ‘Someone’s Out to Get Me’