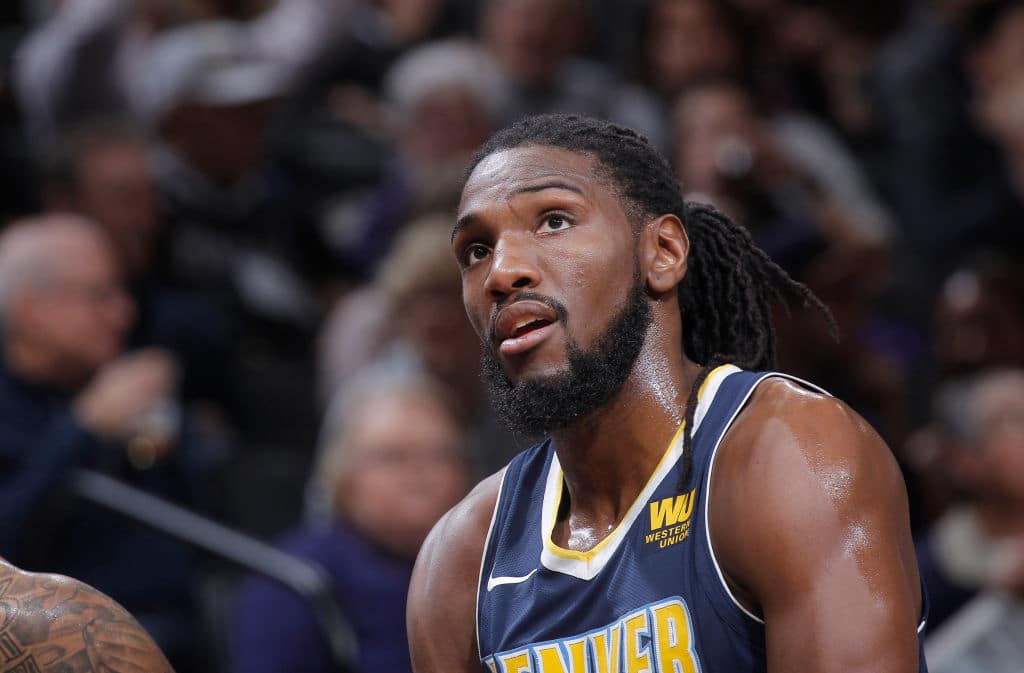 Will Kenneth Faried and the Denver Nuggets finally part ways?

The Atlanta Hawks are reportedly willing to help, “for the right price.”

The Nuggets are aggressively seeking to shed salary by trading forward Kenneth Faried, and the Hawks are willing to accommodate them for the right price, according to a person with knowledge of the NBA trade market.

The Hawks would seek draft picks, young players or both as part of a deal with the Nuggets or any other team that wants to reduce payroll. The Nuggets own the No. 14 overall pick in next week’s draft, and their expendable young players include recent draft picks Malik Beasley and Tyler Lydon.

The Hawks could easily absorb Faried’s salary under the cap while acquiring more assets for their rebuild.

Related
Kenneth Faried Prepared to Move on from Denver