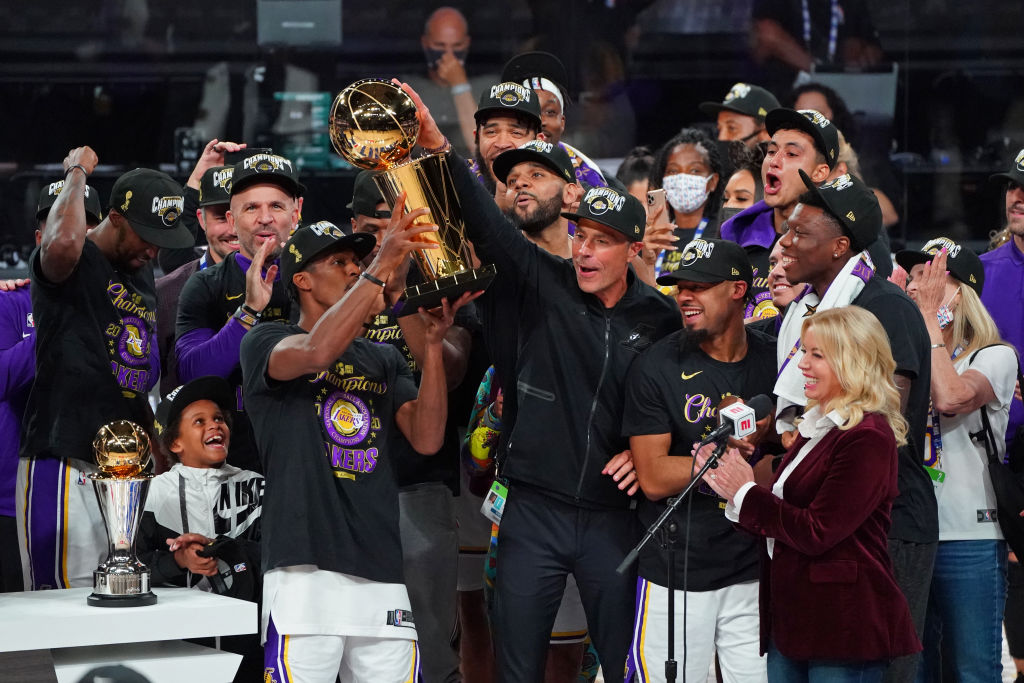 Rajon Rondo had a spectacular run in the 2020 NBA Playoffs. Just when it looked like he may not be a major contributor to the Los Angeles Lakers in the postseason, he was one of the most important pieces in their title run.

Now, he will have the opportunity to test free agency, where he should have a variety of suitors. Although he does have a player option for the 2020-21 season worth roughly $2.7 million, Rondo recently said he was definitely going to entertain the idea of opting out and entering free agency on ESPN’s First Take.

“I’m definitely going to entertain it. Obviously, always thinking about running it back with a great group of guys and coaching staff. I can’t thank those guys enough for giving me a shot in the last couple of years. It’s been amazing playing for this organization. My agent and I will sit down and talk, but right now, I’m just kind of enjoying the moment, continuing to ride this high out.”

One team that has already been reported by Marc Stein of the New York Times to have interest in the veteran point guard is the Los Angeles Clippers, who are coming off of a disappointing 2019-20 season. Playmaking and point guard depth is something that certainly held them back during their short postseason run.

Of course, as Rondo has said, he thinks about the idea of running it back with the Lakers and going for another championship. According to Stein, the Lakers have a mutual interest in bringing Rondo back. This makes a ton of sense for the Lakers, as he was arguably their third-best player in the playoffs.

Through 16 games, Rondo produced 8.9 points, 6.6 assists 4.3 rebounds per game on .400 from beyond the arc in layoffs. This included a pivotal 21-point, nine-assist game again the Houston Rockets in the second round.

At 34 years old, Rajon Rondo can still provide plenty of value to NBA teams, especially contenders like the Lakers and Clippers.