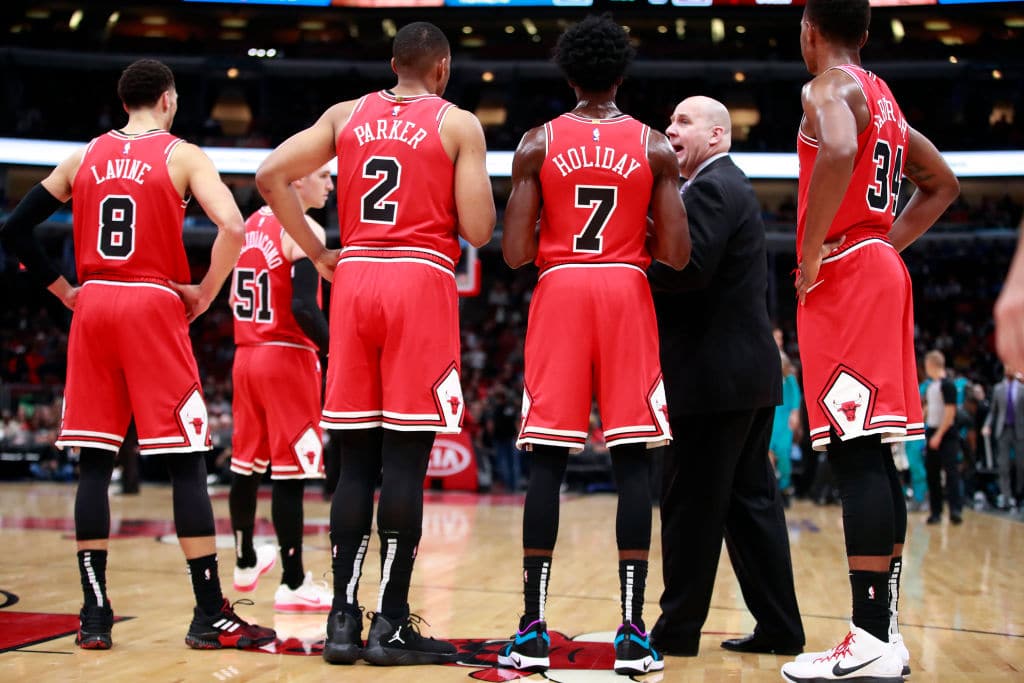 Some Chicago Bulls players reportedly called for a boycott of Sunday’s team practice.

A Bulls players' group text Sunday had some calling for a boycott of Sunday's practice.

Ultimately, all players showed up for what ended up being meetings instead.https://t.co/RKkELTCM1P via @KCJHoop pic.twitter.com/54opvzi6sg

Instead of a boycott, however, there was a players-only meeting followed by a wider team meeting with coaches and management.

“I think it was a collective thing,” rookie Wendell Carter Jr. said on how the day went down. “We both agreed on something, the players and the coaches. We came to them as men. We talked, told them how we felt. And they responded very well.”

If Boylen and his staff hadn’t been receptive to the players’ desire to meet instead of practice, things could’ve gone south. According to multiple sources, a group text exchange began with “two or three players” advocating for not even showing up for the rare practice called the day after a set of back-to-back games with another game scheduled Monday.

“Um. No. Ah, I think it was just a communication, a little bit of both,” Boylen said, when asked who decided not to practice. “This is what I think is necessary today. And players felt they needed a voice and to talk too. And that’s cool. That’s good. This is a family thing. This is open lines of communication. We’re still learning about each other. I’ve moved over the 18 inches (from assistant coach’s chair). They’re still learning how I want it. There’s been a little shock and awe here in the last seven days. And there’s an adjustment to that. And that’s OK.”

By benching the starters twice in five-for-five substitutions, Boylen walked the fine line between holding players accountable and embarrassing them.

“We needed to get a lot of stuff off our chest and be transparent,” guard Zach LaVine said Sunday. “I don’t think the players’ toughness should ever be questioned. I think that’s on us. I think that is a little bit of what we discussed in our meeting.”