Report: Carmelo Anthony May Come Off the Bench in Houston 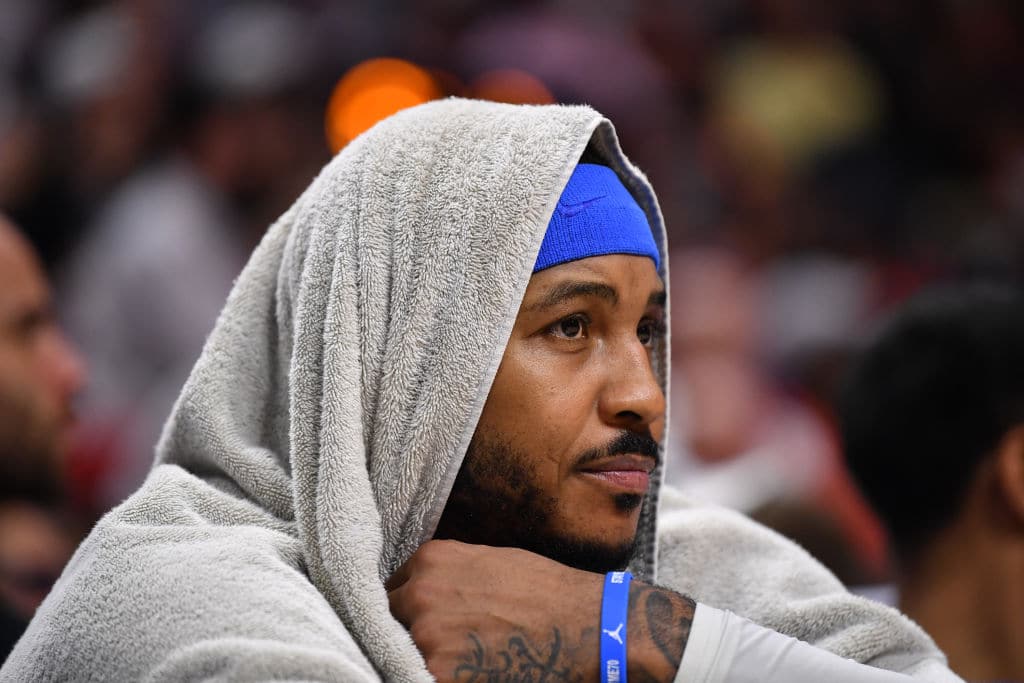 The Rockets reportedly may bring Carmelo Anthony off the bench.

Anthony, 34, famously said a bench role was “out of the question” in OKC during his introductory press conference last season.

Anthony has traveled to Houston and will finish his physical Monday before signing the contract, league sources said.

Anthony, 34, also received the remaining $25.4 million of his original 2018-19 salary from the Atlanta Hawks — including a $2.4 million contract buyout.

Anthony will have a chance to compete for a starting spot in training camp, but could ultimately come off the bench based on whatever Rockets coach Mike D’Antoni decides is best for the team.

Related
Carmelo Anthony: ‘Only I Know’ When to Accept Bench Role