Report: Carmelo Anthony’s Time with Rockets Will ‘Soon Be Ending’ 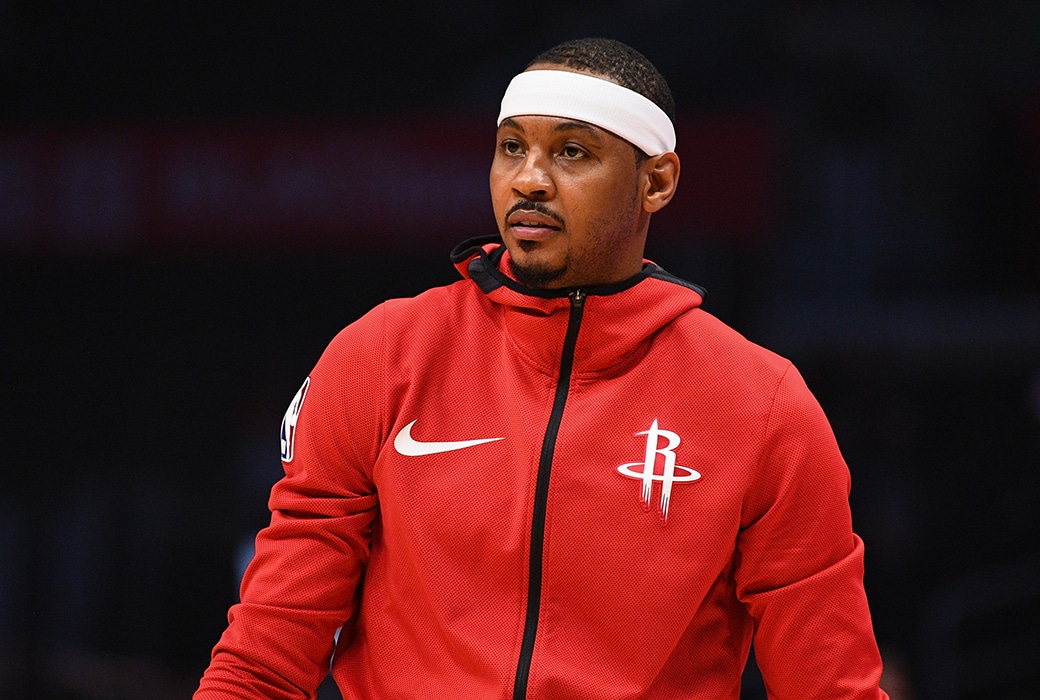 After playing in just 10 games in which he averaged a career-low 13.4 points per, it looks like Carmelo Anthony‘s time with the Houston Rockets is over.

The Rockets have denied they are waiving Carmelo Anthony, but two sources close to the situation say Anthony has been informed that his brief time with the team will soon be ending. Anthony has been listed as "out" for Houston's game tonight against Indiana due to illness

This latest report follows news that broke last night, when it was reported the two sides were “discussing [Anthony’s] role with the team and how the franchise and 10-time All-Star forward might still be able to proceed together for the rest of the season.”

The 16-year vet signed with the Rockets signed a one-year deal in Houston this summer, following last year’s disappointing tenure with the Thunder.

If Anthony is to be waived then the Rockets will have to pay him $2.4 million.