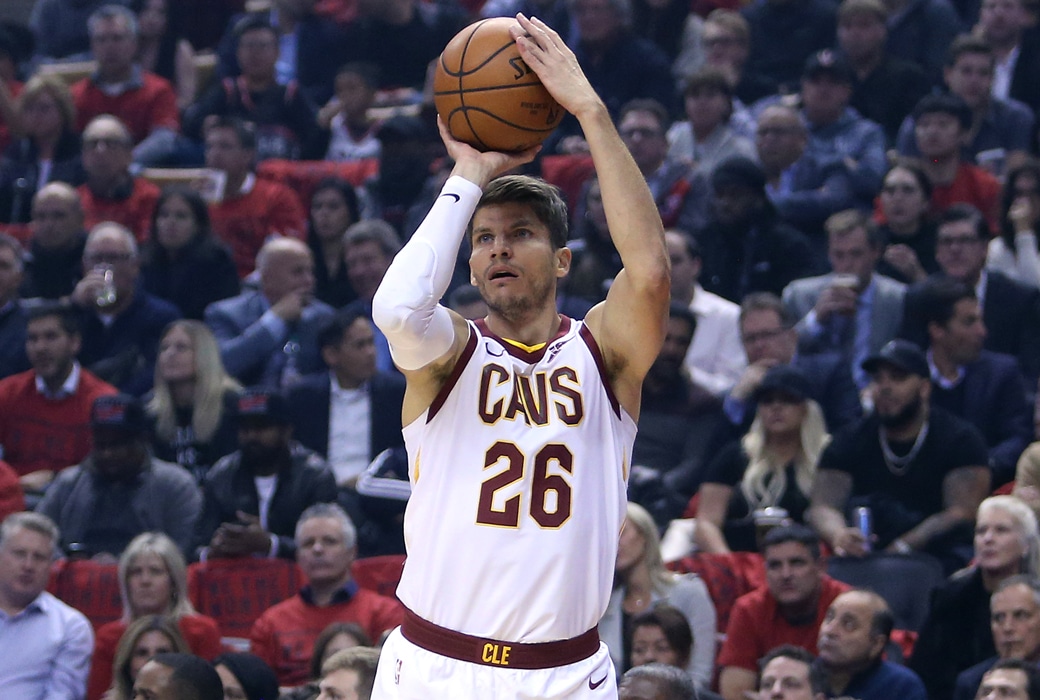 With Cleveland off to a 1-6 start, the team is reportedly testing the trade market for veteran sharpshooter Kyle Korver, according to ESPN’s Brian Windhorst:

Meanwhile, the Cavs have initiated testing the trade market for guard Kyle Korver in the past several days, sources said. There was some trade interest in Korver last summer, and the Cavs are circling back on those talks.

Two games into the season, [JR] Smith and Korver were told they would be out of the rotation, sources said. Then-coach Ty Lue reversed that decision and elected to reinsert them into the lineup. The team lost its next three games, and Lue was fired.

Korver, 37, has appeared in six games this season and is averaging 5.5 points in 15.2 minutes.