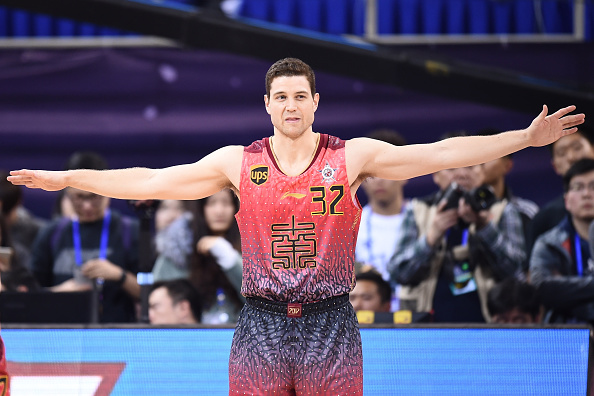 Jimmer back? According to the all-knowing Adrian Wojnarowski of The Vertical, Jimmer Fredette is eyeing a return to the NBA this month.

At last check, Jimmer was tearing up the Chinese Basketball Association for the Shanghai Sharks, to the tune of 37.4 points, 8.0 rebounds, 4.3 assists and 1.7 steals per contest. He dropped 73 points in a single game recently (above) and easily won the league’s International MVP honors.

The former No. 10 overall pick in the 2011 NBA Draft never panned out in stints with the Kings, Pelicans, Spurs and Knicks. Oddly enough, his last NBA appearance was exactly one year ago today (March 1, 2016) in a New York Knicks uniform.

Can Jimmer latch on with an NBA team in March, as Woj says he hopes to? You’d have to think the chances are pretty low, given his last go-round in the League, but perhaps if a contender is looking for shooting—and not much else—they’ll take a flyer on Fredette, whose Shanghai team is currently in the CBA playoffs.