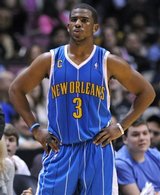 Less than two weeks ago, Chris Paul was reportedly jokingly (or not jokingly) recruiting Carmelo Anthony, to come and join up with him and Amar’e in New York some day soon.

Things have gotten much more serious for Paul and the Hornets, according to CBS, as CP3 reportedly wants out of New Orleans sooner rather than later:

Paul, in fact, has put into motion an aggressive exit strategy that will accelerate in the coming weeks, and his clear intention is to be traded before the start of the 2010-11 season, a person with direct knowledge of his plans told CBSSports.com Wednesday.

“He wants out,” said the person, who has been briefed on Paul’s strategy but spoke on condition of anonymity because he was not authorized to discuss it publicly. “He wants to play with another superstar. He wants to follow LeBron’s model of teaming up with other great players.” Paul’s list of preferred destinations consists of the Knicks, Magic and Lakers, and members of his inner circle already have sent word to the Hornets of his desire to be traded to one of those teams, sources say. If Paul has his way, he’s played his last game in a Hornets jersey.

“He feels like they haven’t put the right pieces together,” said the person familiar with the star point guard’s plans … Sources within the NBA say members of Paul’s camp have told them recently, “He’s not going to start the season in New Orleans.”

Chris Paul doesn’t become a free agent for another two years, so his only way out of New Orleans is through a trade.

Things are going to get very interesting in the coming weeks and months, as the Hornets desperately try to hang on to their angry franchise player (while Paul’s list of preferred destinations undoubtedly scrambles to position themselves to land him.)

Welcome to your new gig, Dell Demps. Hope you enjoy a challenge. 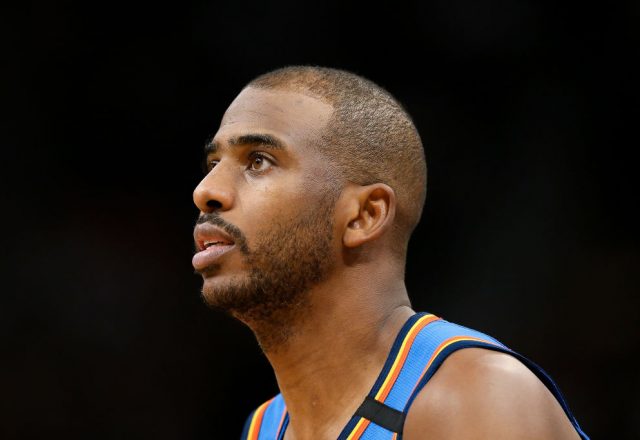