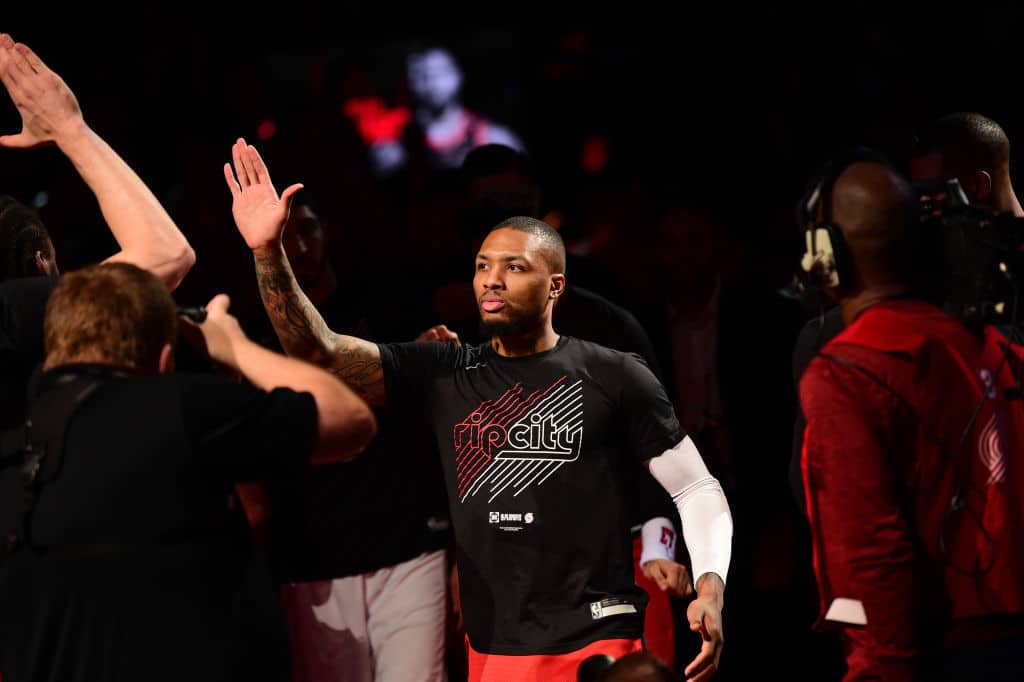 Damian Lillard is reportedly expected to sign a four-year, $191 million supermax contract extension with the Trail Blazers this summer.

The four-time All-Star needs to be voted to one of three All-NBA Teams to qualify for the big pay raise.

Lillard, 28, has two years and about $62 million remaining on his current deal in Portland.

The seven-year veteran led the Trail Blazers to the Western Conference finals for the first time in 19 years before being swept by the defending champions.

“Look at what we did this year,” Lillard told Yahoo Sports. “We played without our starting center [Jusuf Nurkic, who suffered a season-ending leg injury]. We played without CJ [McCollum] toward the end of the season. So, looking at that, we were still able to get here. We were one step away [from the Finals]. And not only here, we had double-digit leads in three of the four games. I think getting here is reassuring that we can get the job done.”

The Trail Blazers watched the Warriors celebrate on their home court as Golden State heads to a fifth straight NBA Finals. The Blazers were so close to extending the series, but realize how much more they need to grow.

“We’re one step away from the Finals, and I see it’s the maturity and understanding how steady you have to be,” Lillard told Yahoo Sports. “We played great in spurts. We had four great first halves. But those moments where we kind of let up and relaxed and we stopped doing the things that gave us that lead and they pounced on us because they don’t change the way they play. They just keep going, keep doing the same stuff. They overtook every game that way.

“I think one of things we needed was experience and knowing what it’s like to play this far into the season. We’ve never been this far in the playoffs, so I think the experience is something you need. And obviously as players, we’ve got to improve. We have to improve as players. We were in some positions where we weren’t able to capitalize. All of us. From top to bottom. We’ve got to improve. And once those situations present itself again, we’ll be able to hold on.”

Related Damian Lillard: ‘We Showed That This is Who We Are’