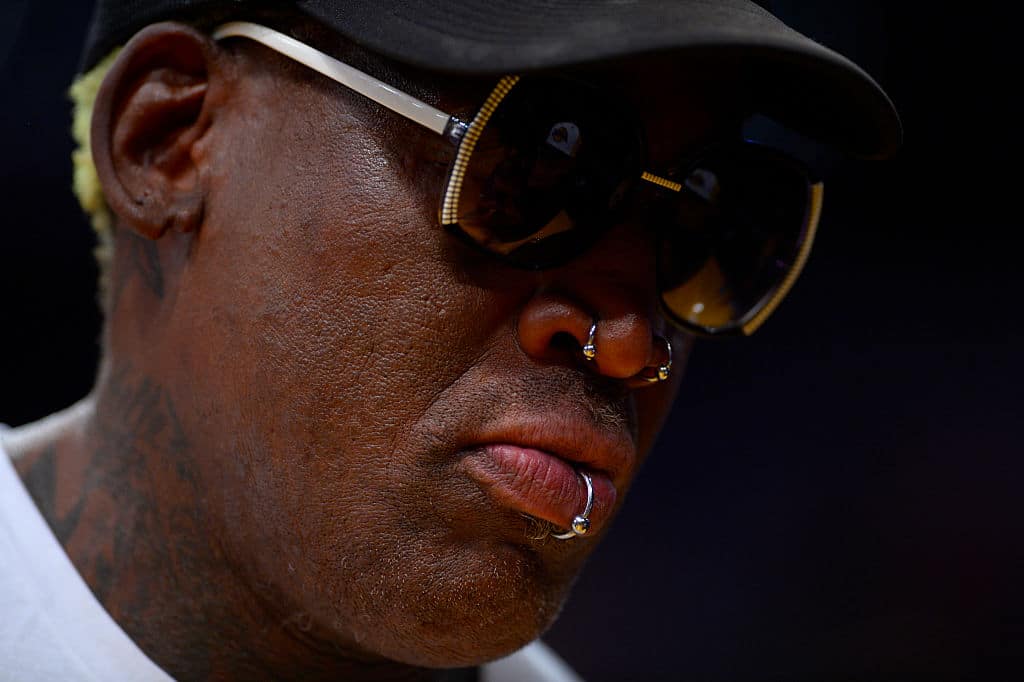 If anyone can help the world avoid nuclear war, it’s apparently Dennis Rodman.

The Worm will reportedly attend the highly-anticipated June 12 presidential summit between Donald Trump and Kim Jong Un in Singapore.

Dennis Rodman will be in Singapore for Trump-Kim summit https://t.co/HBjsMFpbTP via @nypost

“No matter what you might think about his presence. One thing’s for sure the ratings will be huge,” a source said. “A lot of times in situations that involve complex diplomacy countries like to identify ambassadors of goodwill and whether you agree with it or not Dennis Rodman fits the bill.”

The zany, 6-foot-7 ex-baller — who has struck up an unlikely bromance with the pint-sized, 5-foot-7 Kim, and has visited the rogue regime five times in the past — took some of the credit for getting the two leaders together.

In an April interview with TMZ, Rodman said that Kim didn’t understand the president until he gave the North Korean strongman a copy of Trump’s ghost-written book, “The Art of the Deal,” for his birthday in 2017.

“I think [Kim] didn’t realize who Donald Trump was at that time, I guess, until he started to read the book and started to get to understand him. Donald Trump and Kim Jong-un are pretty much the same,” Rodman told the website.