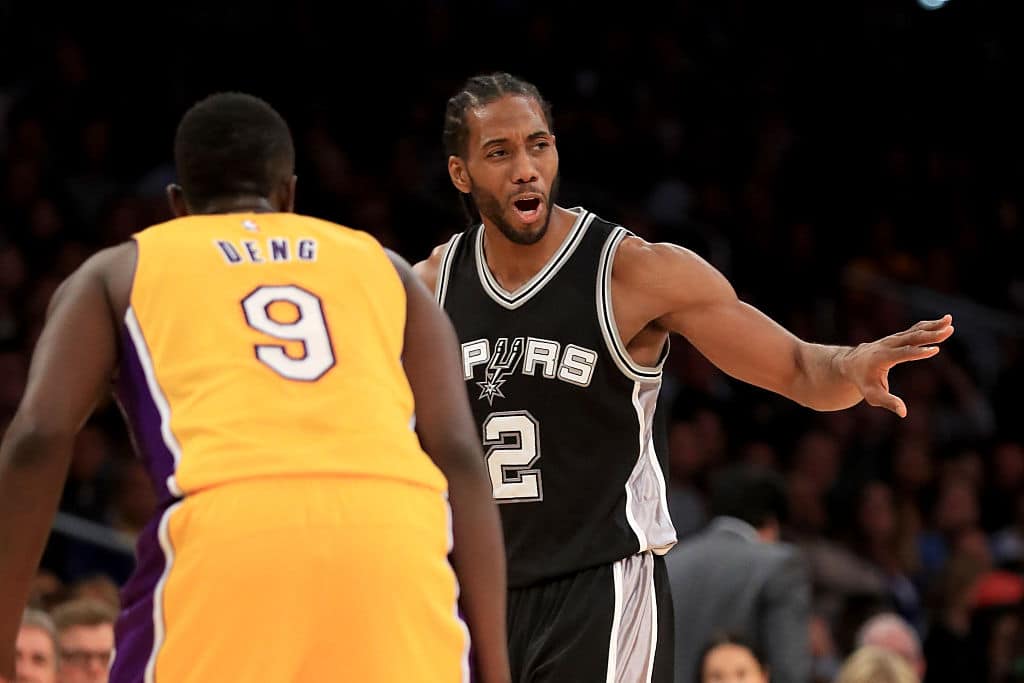 One of Spurs head coach Gregg Popovich‘s so-called “cardinal rules” is reportedly never to help out a Western Conference rival via trade, especially if said rival wears Purple and Gold.

Pop is said to be against any sort of Kawhi Leonard trade to the Los Angeles Lakers Lakers.

San Antonio is one postseason loss away from heading into a summer of deep uncertainty regarding their superstar forward.

It’s one of Popovich’s cardinal rules not to help Western Conference rivals, much less one with the tradition and resources of the Lakers.

Popovich almost never says a bad word about another team, but he went bonkers in 2008 when Memphis traded Pau Gasol to the post-Shaquille O’Neal Lakers, setting them up for three consecutive Finals runs and two titles.

“What they did in Memphis is beyond comprehension,” Popovich said at the time. “… I just wish I had been on a trade committee that oversees NBA trades. I’d like to elect myself to that committee. I would have voted no to the L.A. trade.”