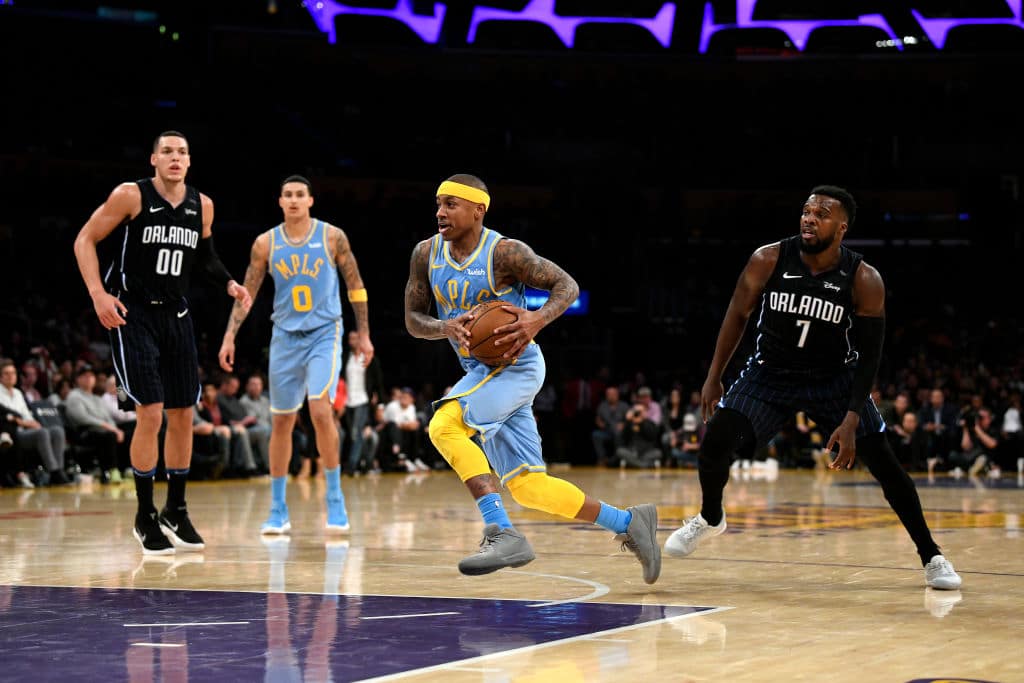 Free agent guard Isaiah Thomas and the Orlando Magic reportedly have mutual interest, and are said to be negotiating a possible.

Isaiah Thomas and the Orlando Magic are negotiating a possible deal, according to league sources. Nothing has been agreed to yet, but it seems both sides want to get this done.

Isaiah Thomas followed the Orlando Magic on Twitter today. It seems Thomas wants to go somewhere he can play a lot, so Orlando makes a lot of sense. He'd get a lot of touches and the only other point guard on the roster is DJ Augustin. (h/t @DavidBaumannORL) pic.twitter.com/8woksGgAee

Thomas, 29, played a total of 32 games for the Los Angeles Lakers and Cleveland Cavaliers last season, putting up averages of 15.2 points and 4.8 assists.

The Magic have a sizeable hole to fill at the point guard spot, having traded Elfrid Payton to Phoenix in February.

Orlando can offer their full mid-level exception, which is worth around $8.6 million considering they’re not taxpayers for next season.

Thomas would join Evan Fournier and Terrence Ross in the backcourt, with top picks such as Aaron Gordon, Jonathan Isaac and Mo Bamba in the frontcourt (along with veterans Nikola Vucevic and Bismack Biyombo).

After dealing Elfrid Payton at last year’s trade deadline and waiving Shelvin Mack after the season, DJ Augustin is the only point guard on the Magic’s roster.