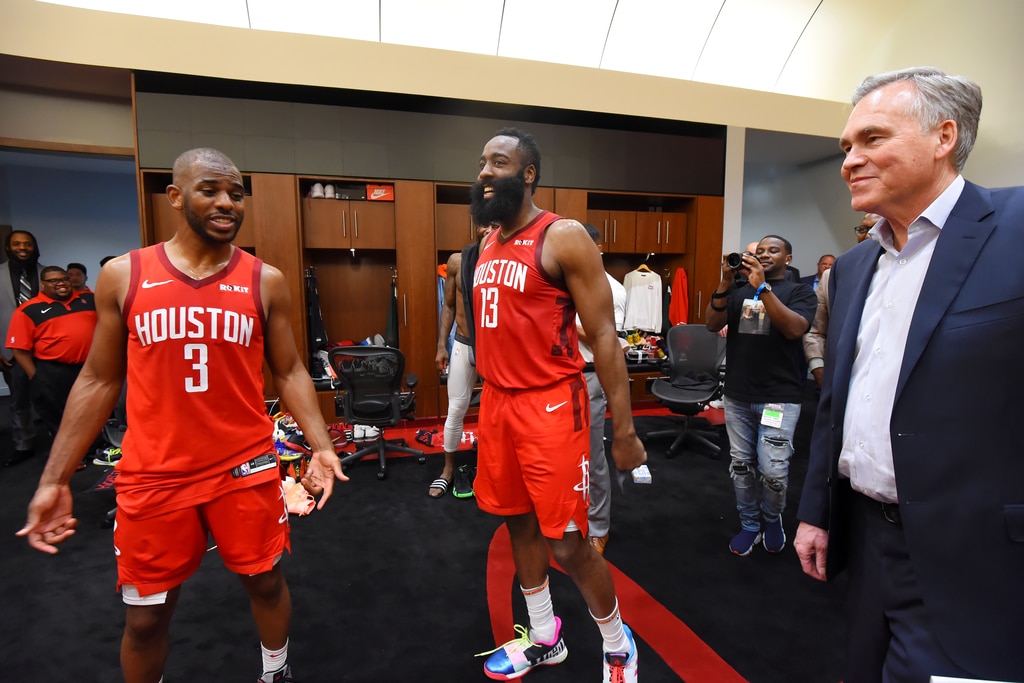 Chris Paul and teammate James Harden reportedly had a testy “verbal exchange” after Houston was eliminated from the postseason.

The discussion is said to have centered around the Rockets’ lack of ball distribution in the Golden State Warriors’ 118-113 Game 6 road win.

CP3 and head coach Mike D’Antoni also reportedly had clashes throughout the season about the team’s offense.

There was something of a clash of styles brewing throughout the Rockets season, with members of the team — most notably Paul — having spirited discussions with Mike D’Antoni about the offense and pushing for more movement, league sources told The Athletic. That type of fast-paced, ball-moving offense is what D’Antoni thrived with in Phoenix, and to the two-time Coach of the Year’s credit, he has adapted it in Houston to allow Harden to succeed in his game.

But Harden and Paul had tense moments with one another throughout Game 6, culminating in a verbal back-and-forth postgame that went into the locker room, sources with knowledge of the situation told The Athletic. Sources said the verbal exchange between Harden and Paul was regarding the ball distribution throughout Game 6. By the time the remainder of the locker room was ready to talk, Paul and Harden had gone their separate ways, with Paul swiftly making his way to the postgame podium. The Rockets dispensed with exit interviews this year, so the media hasn’t been able to ask Paul or Harden about the disappointment.

“We can’t compare this team to last year, because we’ve had a lot of changes,” Rockets guard Eric Gordon told The Athletic in December. “More young guys, we just have to look forward to what’s next. Look how they’re playing, that’s how we used to play. Sharing the ball, getting up and down and attacking. We’re not doing that anymore.

“We’re just not using some guys the right way. Are we gonna make the right sacrifices? Do we have the right attitude?”