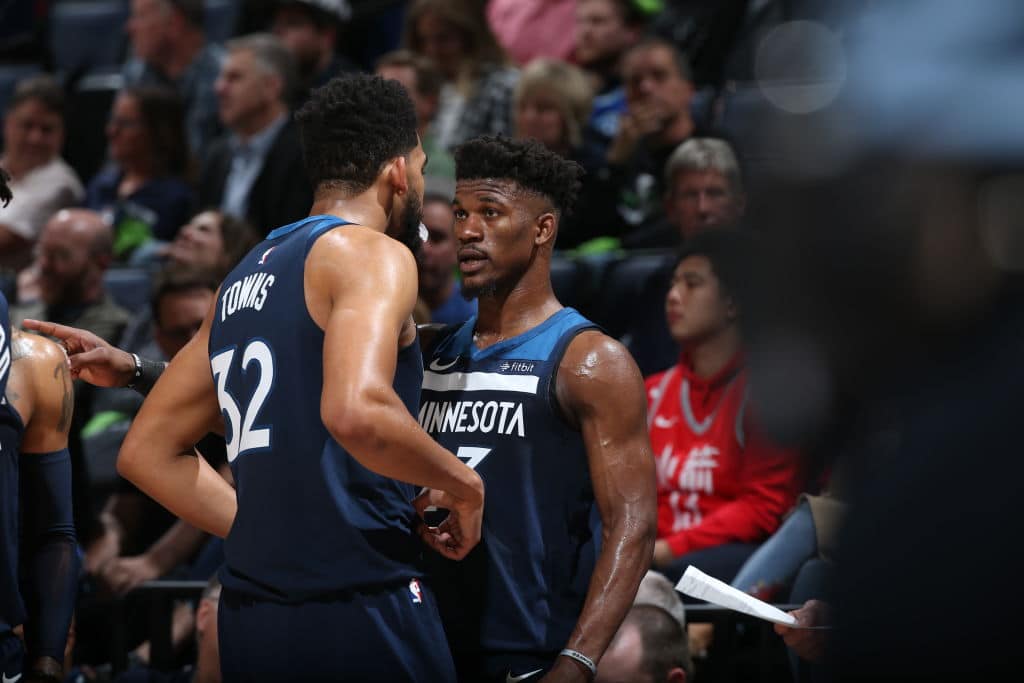 The relationship between Jimmy Butler and fellow All-Star teammate Karl-Anthony Towns is strained, and reportedly may stand in the way of Butler inking an extension with the Minnesota Timberwolves.

Butler and head coach Tom Thibdoeau are scheduled to meet prior to the start of training camp.

T-Wolves owner Glen Taylor is said to be privately second-guessing having given Thibs full control of basketball operations in Minny.

The Thibodeau-Butler relationship has been largely strong since the Bulls drafted Butler in 2011, but Butler’s partnership with young star Karl-Anthony Towns has been strained and remains an obstacle to the 2018-19 team’s success — and perhaps the ability to sign Butler to a new contract next summer, league sources said.

The Timberwolves are negotiating a rookie extension with Towns that could be completed before the start of the season. Rival executives believe that Butler could come available on the market by the February trade deadline if Minnesota fears that it will lose him for nothing in July free agency.

Related
Agent: Jimmy Butler Not ‘Fed Up’ With T-Wolves Teammates