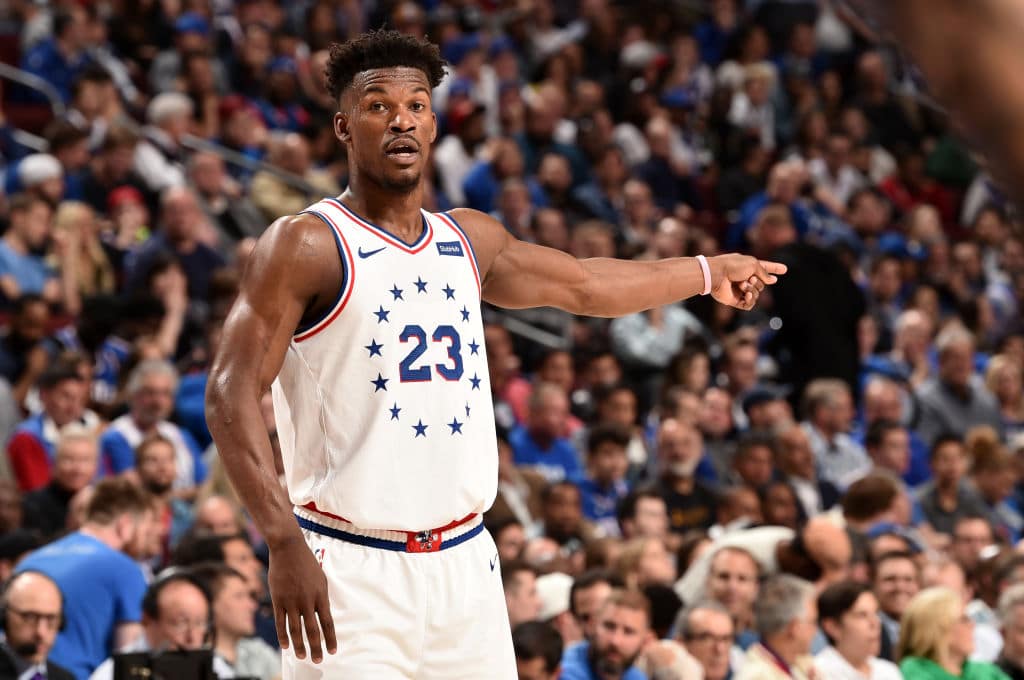 Instead, Butler found his way to the Miami Heat via sign-and-trade, where he agreed to a four-year, $142 million deal.

The 29-year-old, four-time NBA All-Star averaged 18.2 points (19.4 in the playoffs) during his lone season with the Sixers.

Per NBC Sports Philadelphia and ESPN:

Butler’s trip to Miami was not a leverage play. A source close to the situation says Butler was indeed offered the five-year, $190 million full max from Philly, but Butler wanted to move on. And perhaps the Sixers put the offer on the table with the understanding that Butler wouldn’t take it.

The Heat are sending center Hassan Whiteside to the Portland Trail Blazers, guard Josh Richardson to the Philadelphia 76ers and a protected 2023 first-round pick to the Los Angeles Clippers to secure the salary-cap flexibility to complete the sign-and-trade deal with the 76ers, league sources tell ESPN.

The Dallas Mavericks had interest in acquiring Heat guard Goran Dragic in a previous, three-team construction of the Butler sign-and-trade, but they “changed course,” Dragic’s agent, Bill Duffy, told ESPN.

“In analyzing it, his salary was too high based on other things they’re trying to do,” Duffy told ESPN.

Related Jimmy Butler: ‘I Will Get a Max Contract Anywhere I Choose to Go’