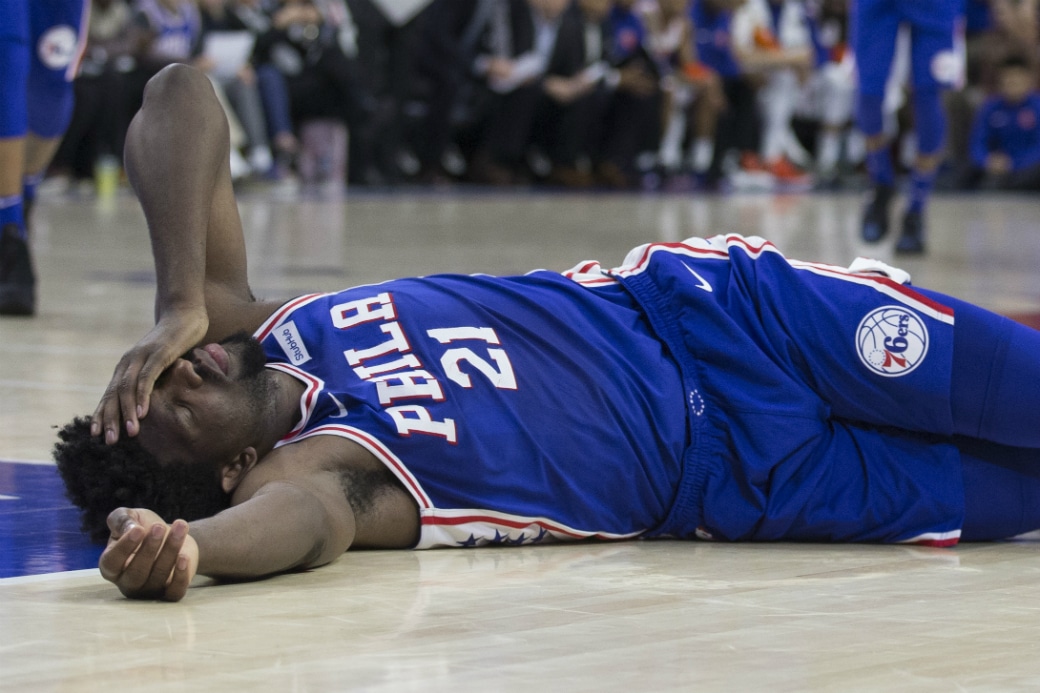 Sixers All-Star Joel Embiid will not be with the team on their upcoming two-game road trip after suffering a facial contusion in Wednesday’s win over the Knicks, Keith Pompey of the Philly Inquirer reports:

Joel Embiid will not travel with the #Sixers on their two-game road trip.

Embiid collided head-to-head with Markelle Fultz and had to leave the game early in the second quarter. He was taken to a nearby hospital where he spent the night and posted this video:

#Sixers center @JoelEmbiid displays his swollen face underneath the caption “Not good” from the hospital late Wednesday night. pic.twitter.com/qhlAA0tybm

According to Pompey, Embiid was released from the hospital but is still undergoing further tests. The team has yet to provide a timetable for his return.