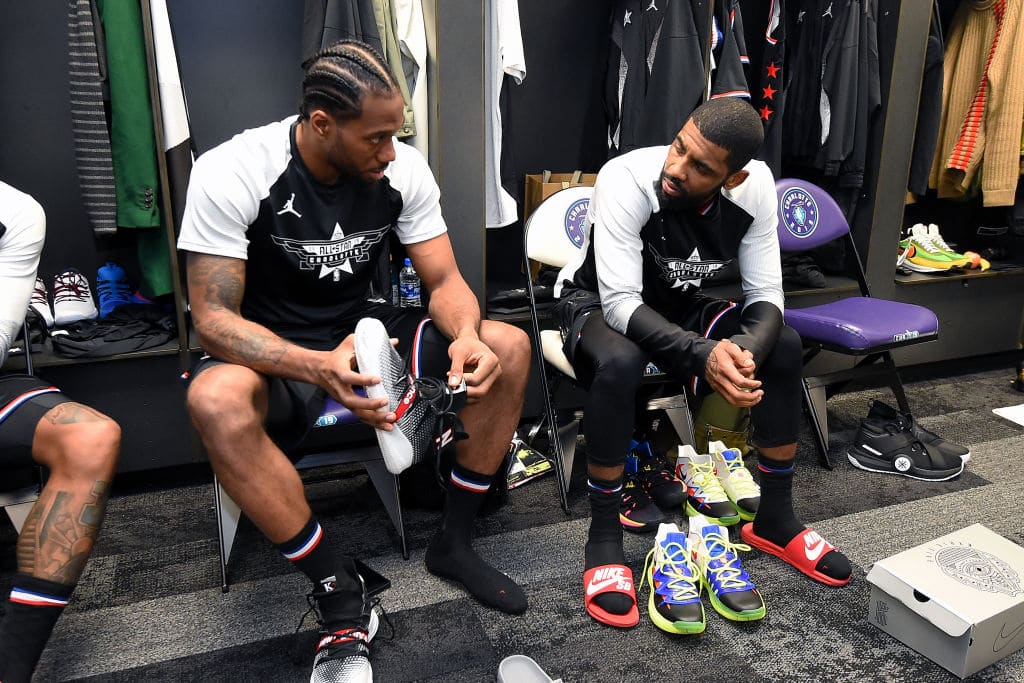 Kawhi Leonard turned into the ultimate recruiter this summer, reportedly pursuing a trio of superstars to join him in L.A.

Leonard ultimately convinced Paul George to team up on the Clippers, but had initially reached out to both Kevin Durant and All-Star point guard Kyrie Irving.

For three years running, the cap spike of 2016 headlined the losers category. It enabled an unprecedented four-star superteam, and came as close as any single event possibly could to eliminating competitive balance. It benefited one class of players — call them Biyozgovs, or the Mozgombos — above everyone else, though reduced contract lengths mitigated that; players get back into free agency faster than ever.

The spike has mostly run its course.

Kevin Durant is in Brooklyn. In one backroom power move, Kawhi Leonard rescued Paul George from a capped-out low-level playoff team; rejected the Lakers’ attempts to build perhaps the greatest big three in basketball history; and left the league as open as it has been in years. The league’s quietest superstar “found his voice,” as one executive put it. He recruited George, Durant and even Kyrie Irving at points, sources say.