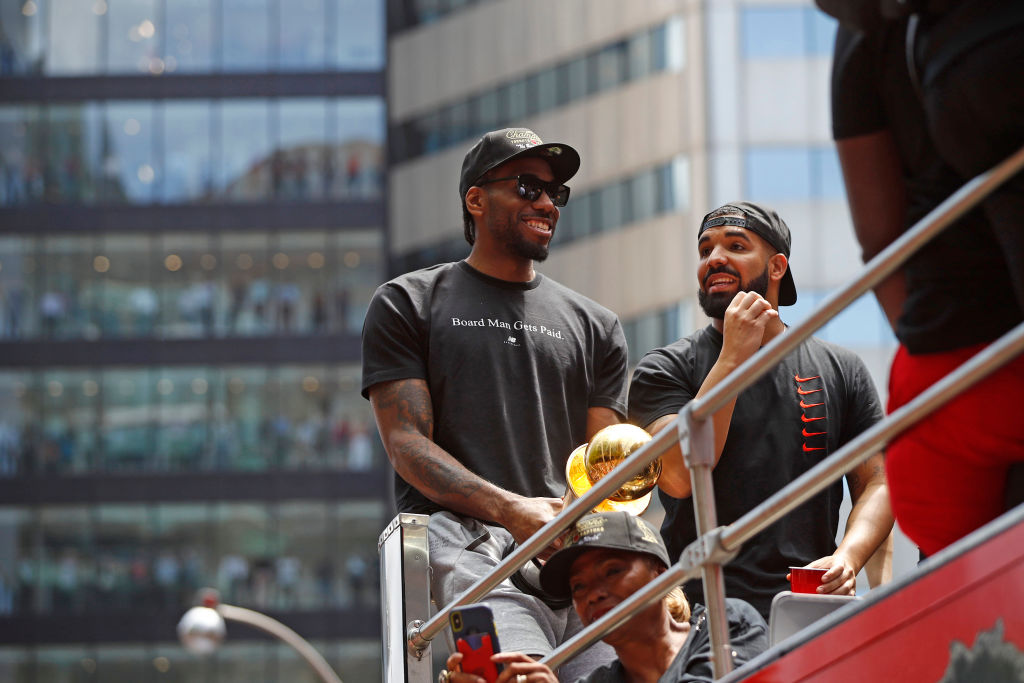 A pair of offseason meetings between Kawhi Leonard and Paul George played a role in the plan that eventually resulted in both players suiting up for the Los Angeles Clippers. Those meetings, according to ESPN’s Ramona Shelburne, took place at rapper and part-time Toronto Raptors employee Drake’s house.

The recently published and much recommended feature documenting Paul George’s return to Southern California details the All-Star swingman’s offseason trade from the Oklahoma City Thunder to the Clippers but its the revelation that he met with Leonard at a house belonging to the Raptors’ global ambassador that jumps off the page for fans of the reigning champions.

Drake has been the global ambassador of the Raptors since 2013 and has been a mainstay courtside at the Scotiabank Place ever since. Just last May, NBA commissioner Adam Silver went so far as to speak with the celebrity employee after some of his on-court antics drew the ire of an opposing coach during the postseason.

To Drake’s credit, his connection with the NBA world has always stretched beyond the Raptors, so it’s not exactly surprising that the 33-year-old would be amenable to league superstars touching base at a property of his.

Still, the revelation that Leonard’s exit plan may have taken shape at Jimmy Brooks’ house could be a tough one for Raptors fans to reconcile as they weigh the benefits of Drake’s formal, if symbolic, employment with the franchise.