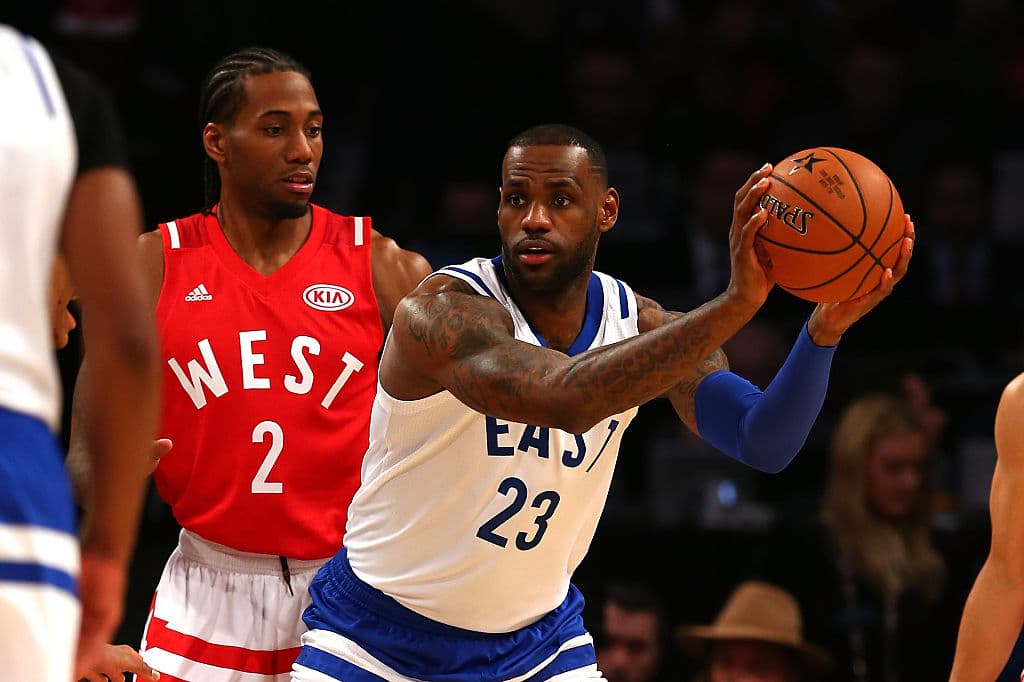 Kawhi Leonard has made it clear to the Spurs that he wants out of San Antonio, angling for a trade to the Los Angeles Lakers.

Should the Purple and Gold nab Leonard, it would reportedly “significantly increase” their odds of landing the ultimate free agent this summer: LeBron James.

So far, the Spurs haven’t engaged in trade talks for the two-time Defensinve Player of the Year.

If Leonard found his way to Laker Land, where he would likely make it clear that he’d re-sign as a free agent in the summer of 2019, it is widely believed that it would significantly increase the Lakers’ chances of landing LeBron James in free agency this summer. And Leonard, quite clearly, had decided it was time to move on after this season that was so full of mystery and tumult.

The divide between Leonard and the Spurs had everything to do with the handling of his right quadriceps tendinopathy injury, as he had sought outside medical counsel and spent significant time away from the franchise that found itself at odds with its centerpiece. The injury cost him most of the regular season, as well as San Antonio’s first-round playoff series against Golden State, and then Leonard returned to San Diego for more rehabilitation and training when the summer arrived.

But the Spurs, who have no obligation to bend to Leonard’s request and can still offer him a five-year, $215 million extension on July 1 if they so choose, had yet to have their say. So, what does this meeting mean? It’s unclear.

Related
Report: Kawhi Leonard to Inform Teams He Wants to Sign in L.A.