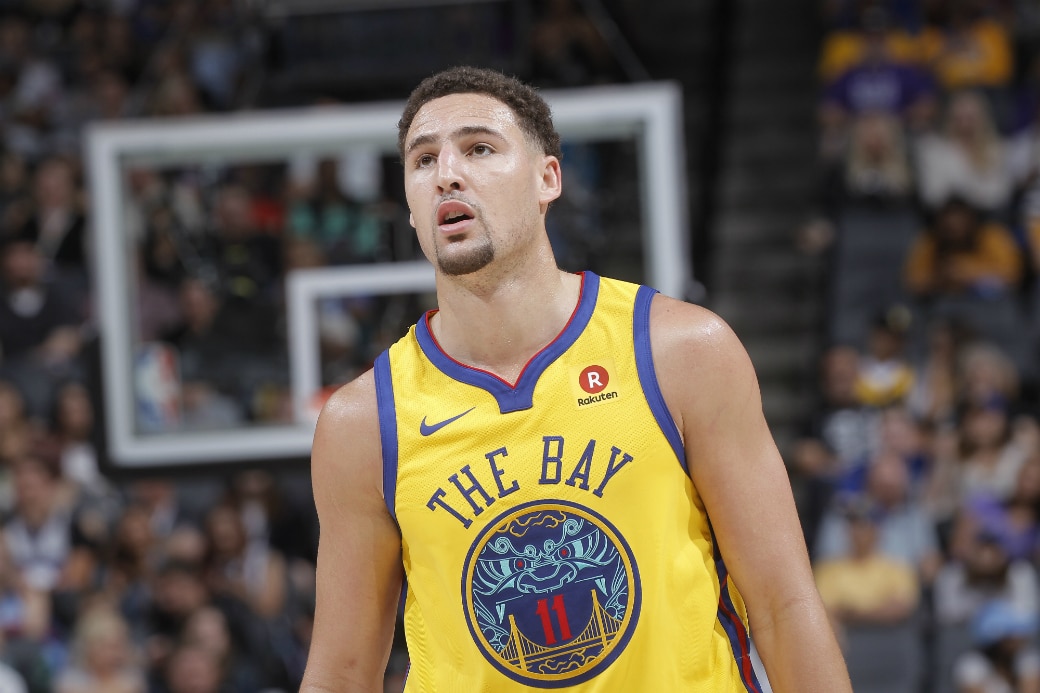 All-Star Klay Thompson, who is set to hit free agency in 2019, has discussed a possible long-term contract extension with the Warriors, according to Marcus Thompson II of The Athletic.

Both sides reportedly met in October in China, but Klay has been adamant since about not being distracted by negotiations during the season.

On the open market, Klay can sign with another team for a maximum of $139 million over four years. He is reportedly considering a four-year, $92 million extension, which would result in him leaving roughly $47 million on the table and saving the Warriors significant money.

If he waits to become a free agent to re-up with Golden State, he is eligible for a five-year deal worth $188 million – an offer that the team almost certainly won’t be able to make.

Klay has been clear about his desire to stay put, telling Bleacher Report recently that “it would be hard to envision going anywhere else.”