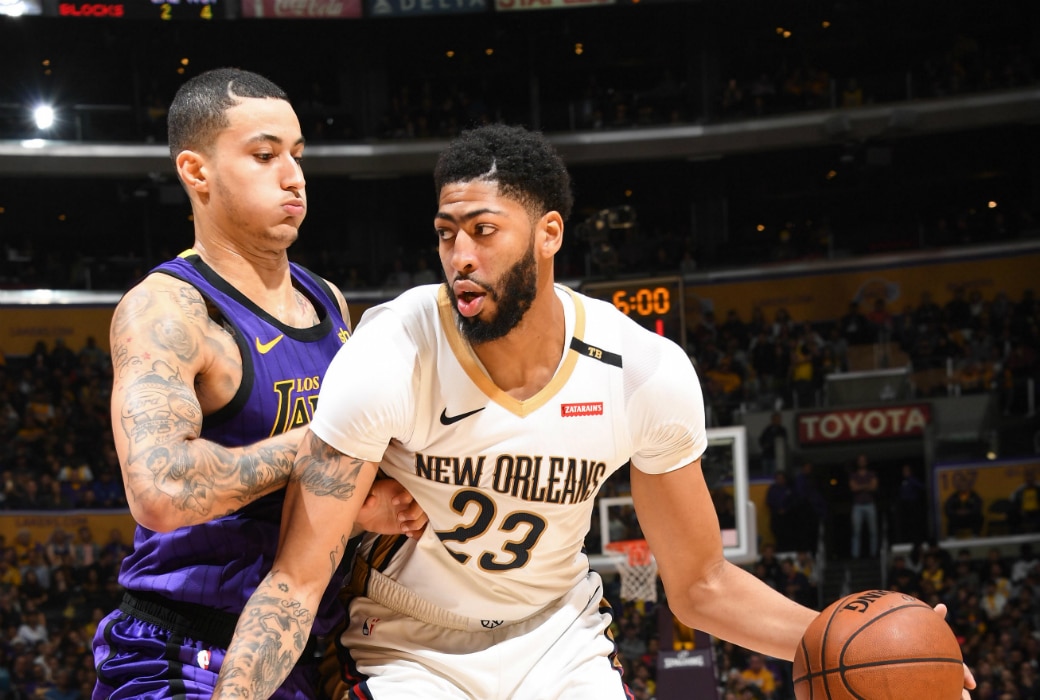 The Los Angeles Lakers are determined to trade for Anthony Davis before Thursday’s trade deadline, and their first offer for The Brow was leaked last night by ESPN’s Adrian Wojnarowski.

An offer including only two out of the Lakers young core of Lonzo Ball, Brandon Ingram, Kyle Kuzma, Josh Hart and Ivica Zubac must have been underwhelming for the Pelicans, who believed the offers were “lowball”, per The Athletic’s Shams Charania.

Sources: The Lakers have yet to place all of their assets on the table as the Pelicans listen on offers for Anthony Davis. "Lowball," one source said. Davis hasn't been cleared from his fractured left finger, but is close to a return to action.

A good negotiator never extends his best offer early, and the Lakers two reported rivals in the Davis sweepstakes have taken a step back recently. The Knicks traded away their most valuable asset in Kristaps Porzingis on Thursday, while Anthony Davis Sr lambasted the way Boston treated former guard Isaiah Thomas in a text to ESPN’s Ramona Shelburne.

“Boston…I would never want my son to play for Boston after what they done to Isaiah Thomas…NO LOYALTY…guy gives his heart and soul and they traded him…anyone can print that,” Davis Sr said.