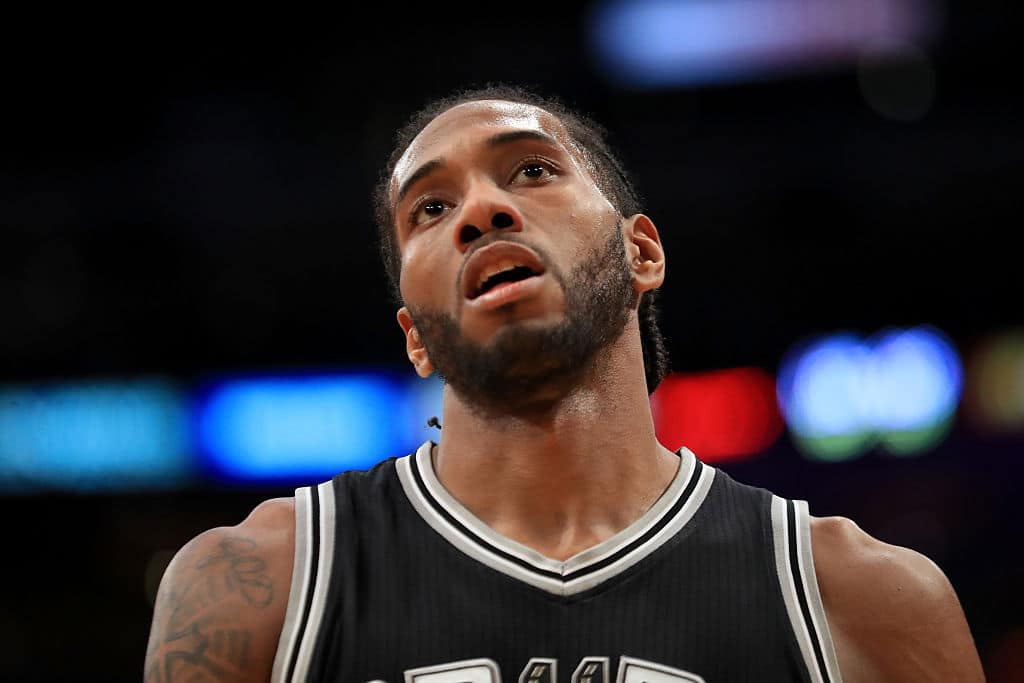 Kawhi Leonard remains hell-bent on relocating to L.A., but reportedly, the Lakers have yet to make a palatable trade offer.

With LeBron James now in tow, the Purple and Gold must now re-focus all energies on convincing the San Antonio Spurs to part ways with the disgruntled superstar.

On LeBron's decision to sign with the @Lakers, its potential impact on his legacy, and next domino to fall: Kawhi Leonard. @ringer https://t.co/RDMhZvyJHM

The Spurs and Lakers recently started up trade negotations for the second time this summer.

With LeBron officially agreeing to sign with the Lakers, it’ll be fascinating to monitor what type of leverage the Spurs can create for Kawhi Leonard, who still desires to play for the Lakers, according to multiple league sources—all of whom say offers to the Spurs have been underwhelming.

One executive said the proposed packages have gotten worse with each round of negotiations, while another said they’re flat-out unacceptable.

That might change if the Lakers are determined to add their second star now. Multiple league sources suggest the Lakers could send a package to the Spurs featuring Ingram, multiple first-round picks, a sign-and-trade involving Randle, and possibly Josh Hart.