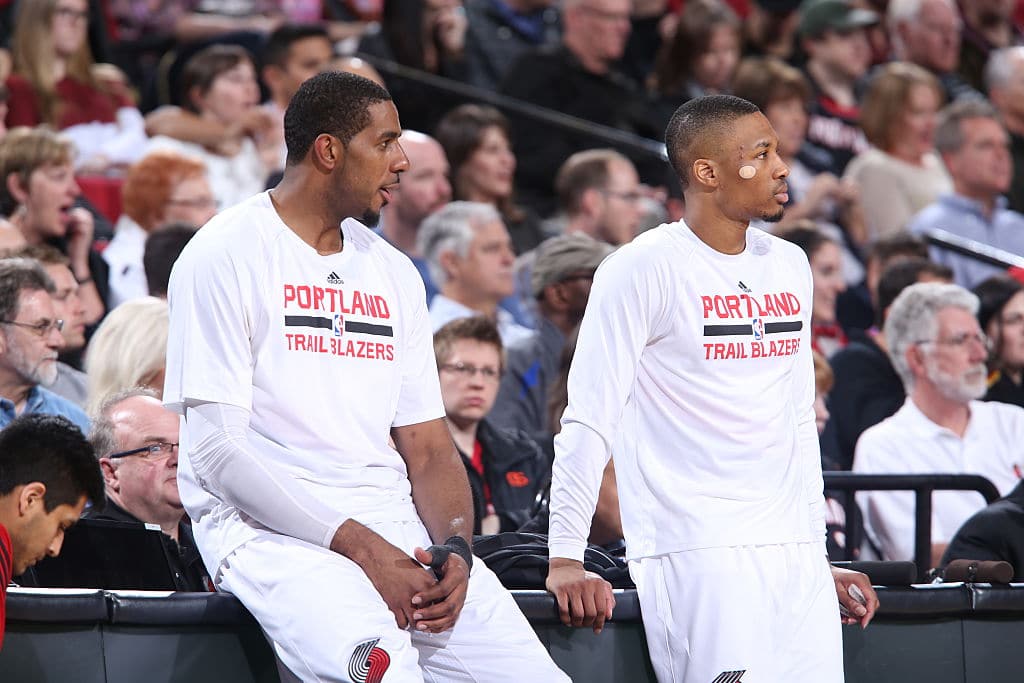 It’s no secret that LaMarcus Aldridge was deeply unhappy in San Antonio last season, to the point he requested a trade. Aldridge’s preferred destination at the time was reportedly where his NBA career began.

LMA is said to have approached former Blazers teammate Damian Lillard, in an effort to convince Portland’s front-office to engineer a swap.

In the end, Spurs head coach Gregg Popovich was able to convince the big fella to stick around, a trick he’ll have to pull off again with Kawhi Leonard this summer.

Still, multiple league sources advised not to underestimate Popovich’s ability to repair the team’s relationship with Leonard. Last season, a deep rift developed between the team and All-Star LaMarcus Aldridge, to the point where Aldridge called former teammate Damian Lillard and asked him to approach general manager Neil Olshey about bringing Aldridge back to Portland, a person familiar with the conversation told B/R.

“You can never say done because everybody thought that the Aldridge thing was over and that there was no chance to salvage that,” one of the people said. “Pop went in and smoothed it over. You can’t underestimate the power of the Pop in these situations.”