Report: LeBron James to Focus on Post Play With the Lakers 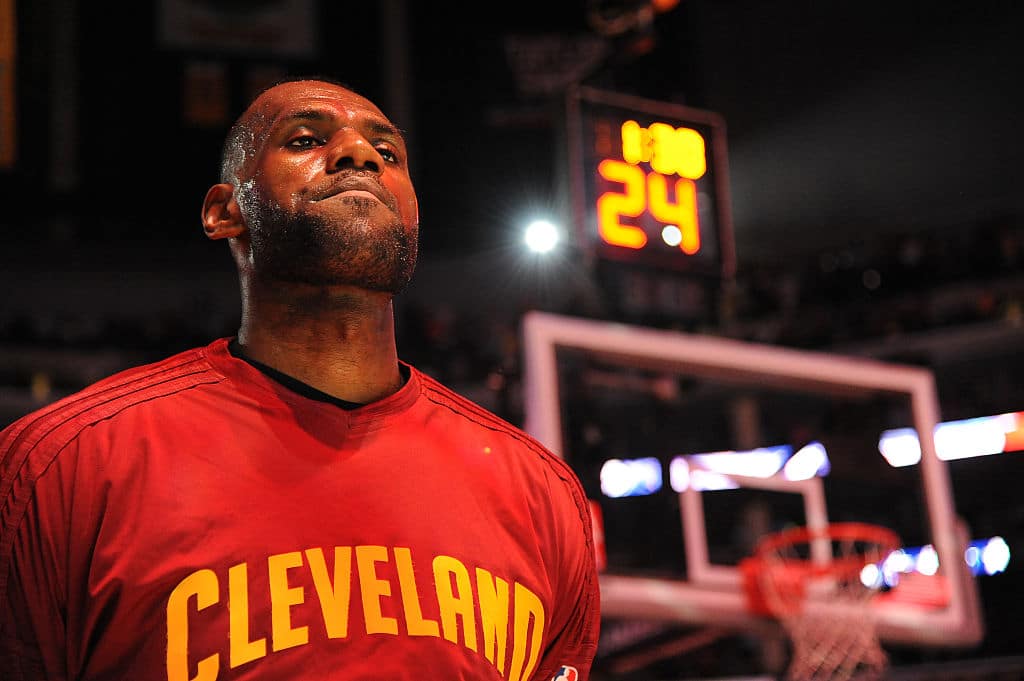 The Los Angeles Lakers are charting a new course for LeBron James‘ career and style of play: he will focus more on setting up in the post, and gradually relinquish some of the playmaking he grew accustomed to in Cleveland.

James reportedly has designs on following the same path taken by Michael Jordan and Kobe Bryant as their games evolved.

When LeBron James & Magic Johnson met last weekend they plotted a new course for his career. The Lakers roster moves this week are the beginning of those changes (w/ @ramonashelburne): https://t.co/LeGc46lYYp

LeBron is also said to be onboard with Magic Johnson‘s unconventional vision for the roster, one that includes Lance Stephenson, JaVale McGee and Rajon Rondo.

Playing more like Bryant and Jordan will take time and patience, and James told Johnson that some habits will be hard to break, sources said. But James knows playing more inside and yielding some control of the ball is important as he ages and his athleticism starts to fade. At 6-foot-8, 260 pounds with great vision and passing skills, he may be better equipped for success than the smaller Jordan and Bryant.

According to multiple sources within the Lakers and close to James, this is the rollout of a plan Johnson outlined for James the night of June 30 at James’ home. The subsequent deals, which sources say James has consulted on but have been executed at Johnson and Lakers general manager Rob Pelinka’s direction, follow this vision.

“Unlike most free agents changing teams, LeBron is arriving with the Lakers as an all-time great,” a source close to James said. “He doesn’t have pressure to prove anything. He wants some changes, and he can afford to let the process breathe.”