Report: LeBron James and Paul George to Discuss Teaming Up 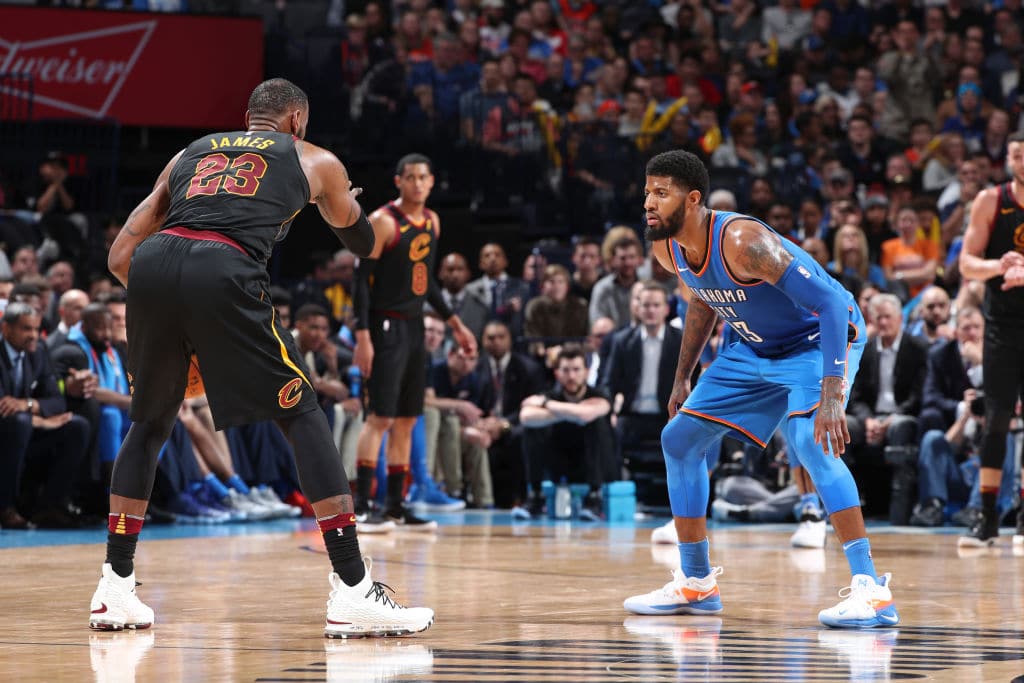 LeBron James and Paul George will reportedly have a conversation about the possibility of teaming up in Los Angeles during the free agency period this summer.

Woj: LeBron James and Paul George will have a conversation about teaming up together in Los Angeles closer to July.

The OKC Thunder are said to have “a real opportunity” to retain George.

Adrian Wojnarowski, however, says “the most intriguing scenario remains” Bron and PG joining the Lakers.

Per The Oklahoman (via ESPN‘s “NBA Draft: On the Clock”):

“But Oklahoma City’s done a great job of selling him on a future there, and he liked playing with Russell Westbrook and Steven Adams and Billy Donovan,” Wojnarowski said. “They have a real opportunity to keep him, but the Lakers are home. He grew up in L.A., and when he left Indiana his plan was that he would be in L.A. in a year. So you have to credit Oklahoma City for really turning his head on that.”

But Wojnarowski said “the most intriguing scenario remains” the possibility that George would team up on the Lakers with Cavaliers star LeBron James, who can opt out of the final year of his contract after this season.

“That’s gonna be a conversation or conversations (George and James) are gonna have once we get toward July,” Wojnarowski said.