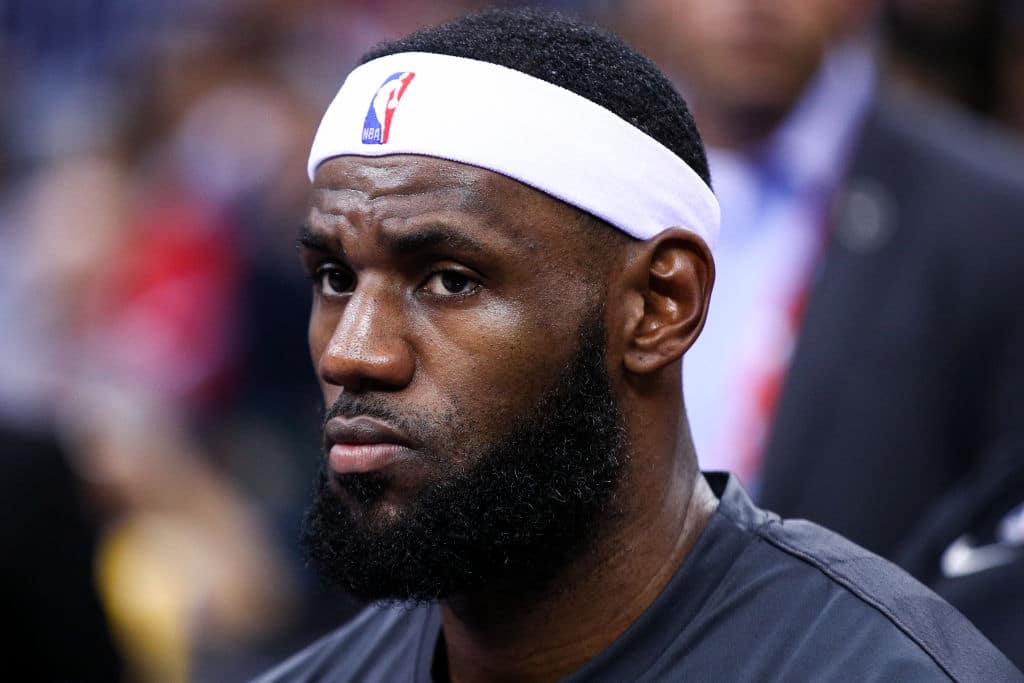 LeBron James reportedly told NBA Commissioner Adam Silver that it was the League—not players—who needed to take the lead on addressing the political firestorm with China sparked by a tweet from Houston Rockets GM Daryl Morey.

James is said to have expressed that it wasn’t fair for players to face the media on such a touchy subject in Shanghai during a reportedly tense meeting between Silver and members of the Brooklyn Nets and Los Angeles Lakers prior to a preseason game last week.

The NBA limited media availability during the China trip in an effort to contain the political fallout.

Lakers star LeBron James spoke up in front of everyone in the room and stated he believed that Silver and the NBA needed to explain and articulate the situation first, before the players would have to, multiple sources with direct knowledge of the meeting told The Athletic. James expressed concern that without the league being able to speak to media to address all of the questions and dynamics about China and the NBA, it was unfair for solely players to bear that responsibility.

James stated that he felt that both teams and all of the players were in this together, and that whatever they decided upon they should stick together, according to sources.

Those sources also said that James explained to everyone in the room that he felt it would be unfair for Lakers and Nets players to explain this international issue in Shanghai before the NBA did — for several reasons: Their safety in a foreign country in China, the challenges of having young players on both rosters being thrust into a position of having to speak publicly about such a complex and layered topic and the added complication that the U.S. is currently embroiled in a trade negotiation with China.

“Why are we the ones to go through the risks of speaking out in China when the league should be the first to address the matter, with our voices to follow?” said one source with knowledge of the meeting and the players’ thinking in regard to James’ message.