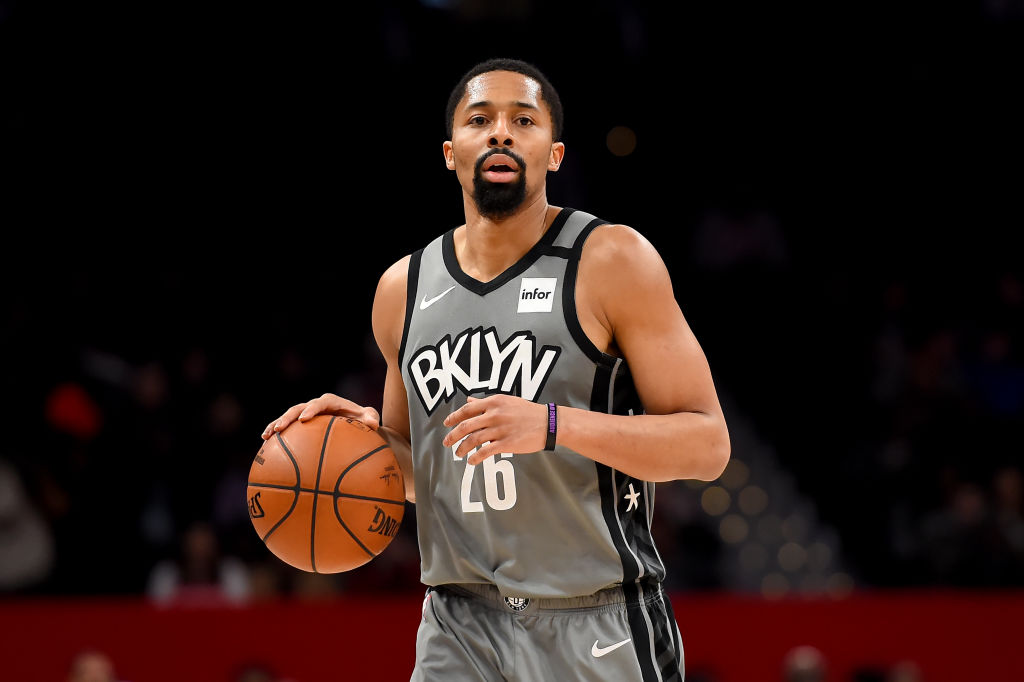 Both the Detroit Pistons and Orlando Magic had internal discussions about trading for Brooklyn Nets guard Spencer Dinwiddie prior to the 2020 NBA Trade Deadline, Ian Begley of SportsNet New York reports.

Dinwiddie is in the first year of a three-year contract extension he signed with Brooklyn during the 2018-19 season. That extension comes with a combined $22M over this season and next, and Dinwiddie holds a player option of $12.3M for the 2021-22 season.

Dinwiddie was originally drafted by Detroit in the second round of the 2014 NBA Draft. After two non-descript years with the Pistons, Dinwiddie was traded to the Chicago Bulls. He never appeared in a regular season game with the Bulls and was waived prior to the 2016-17 season.

Marks then plucked Dinwiddie off the scrap heap. Dinwiddie earned regular minutes under Kenny Atkinson as Brooklyn launched a rebuild. Over the course of his four years with the Nets, Dinwiddie has blossomed into a near-All-Star, as he’s shuttled between the starting lineup and bench.

This season, Dinwiddie is averaging a career-high 20.8 points and 6.6 assists per game. He’s started in 42 of his 57 appearances, mostly due to Irving being out of the lineup with a shoulder injury. The 6-6 guard was also reportedly a key figure in the Nets’ recruitment of Durant and Irving as free agents this past summer.

The challenge is Brooklyn has guard depth and is believed to need athletic players who can play off the ball. Begley speculates that a trade of Dinwiddie for Aaron Gordon could be a move that makes sense for both the Nets and Magic.

Gordon is seen by some as expendable for the Magic due to the emergence of fellow young forward Jonathan Isaac. The two overlap positions and neither are considered a pure scorer, which can make it tough for Orlando to put together lineups with enough scoring punch. Gordon is under contract for slightly more money than Dinwiddie, but his deal does decline in value each season through 2021-22.

Even though Markelle Fultz has had easily his best season as a professional, the Magic still lack players who can create offense, especially off the dribble. Dinwiddie would solve that, while being comfortable as either a starter alongside Fultz or in a bench role.

Ultimately, no deal was reached, but often in-season talks can lead to a deal over the summer. This was most recently seen in the case of the Memphis Grizzlies and Utah Jazz discussing a Mike Conley deal at the 2019 trade deadline. Trades involving big contracts can be hard to swing in-season, due to cap and roster issues but sometimes the groundwork is laid for teams to re-connect in the offseason.

It’s unclear how Marks will build out his roster around Durant and Irving, but it seems more changes may be on the horizon.

Brooklyn was never really building just for this year, with Durant sidelined due to a torn Achilles but they are hoping the 2020-21 season will be the first in a string of years as a title contender.

A Dinwiddie trade could bring in the depth and lineup balance to help put Brooklyn on their way.