Report: Marcus Smart Expected To Be Cleared To Return In Late April 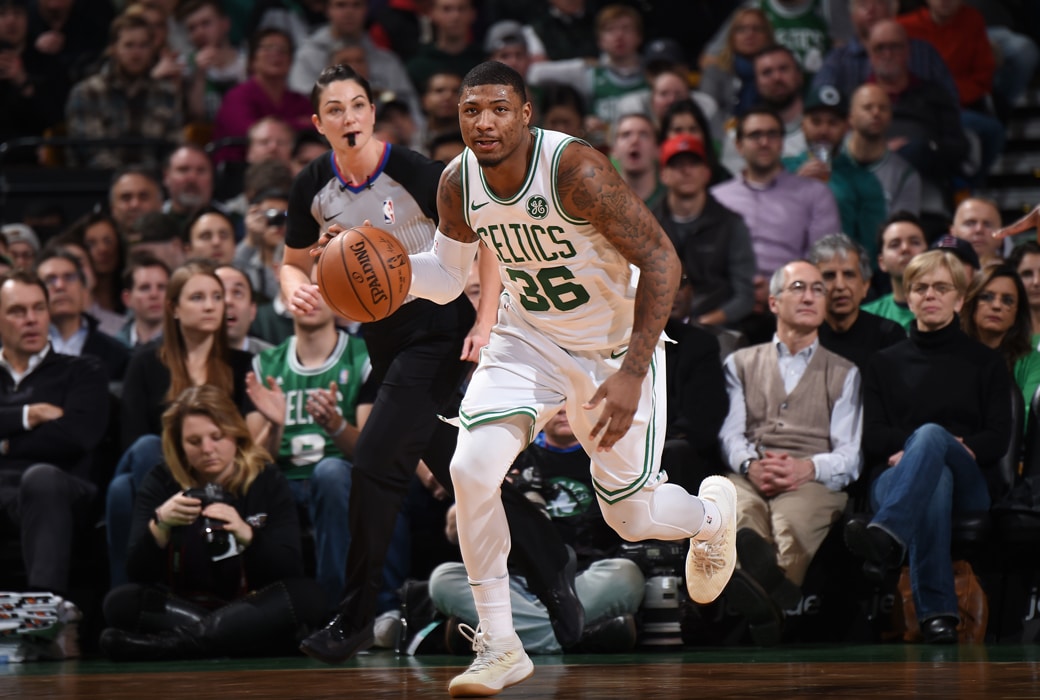 Celtics guard Marcus Smart, who has been sidelined by a torn right UCL, had a reevaluation in New York on Monday. He is expected to be cleared to return to game action at the six-week mark of his surgery (April 27), according to Shams Charania of Yahoo Sports:

Sources: Celtics guard Marcus Smart had reevaluation on torn right UCL Monday in New York and is expected to receive clearance to return to game action at six-week mark of surgery (April 27). Smart has been cleared to start light non-contact shooting.

The second round of the NBA playoffs is set to begin on Apr. 30, but could be bumped up depending on how the first round goes.