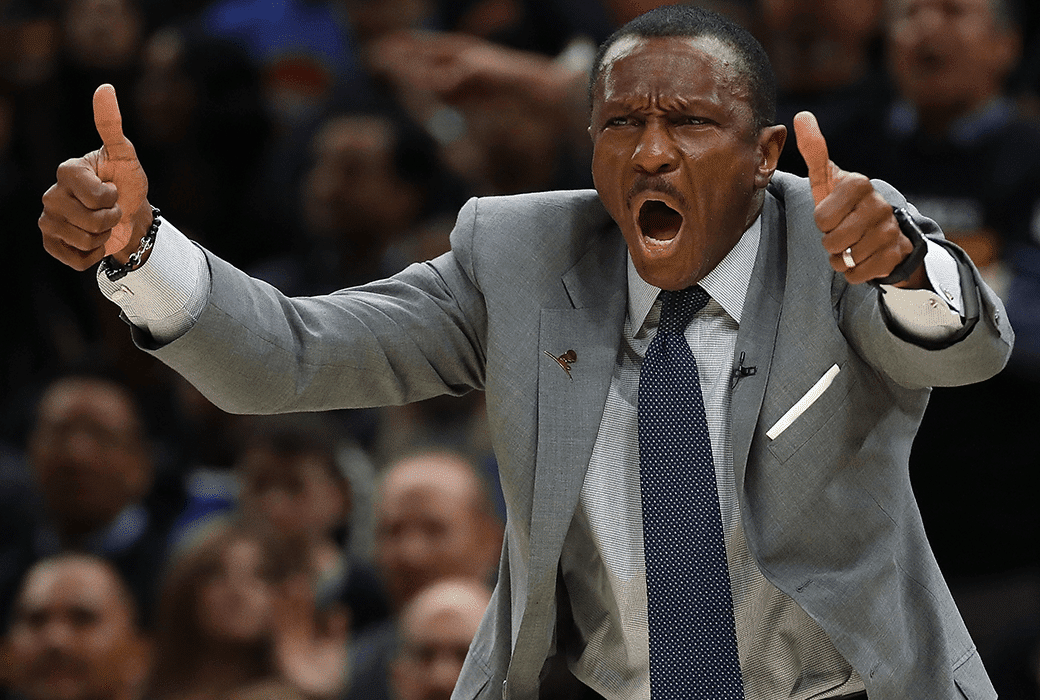 Toronto Raptors coach Dwane Casey may potentially become the first coach to set a franchise’s single-season wins record and still end up on the hot seat, per The Ringer‘s Kevin O’Connor:

“Executives around the league anticipate that the Raptors will make a coaching change, though there are no guarantees after Toronto’s success this regular season. In addition to the candidates being interviewed by other teams with openings, the Raptors have three internal candidates—assistants Nick Nurse and Rex Kalamian, and G League coach Jerry Stackhouse—that could be promoted to head coach.”

The Raptors won a franchise-best 59 games this year; however, O’Connor implied that success may have to do less with Casey and more to do with assistant Nick Nurse:

“Nurse spoke with the Suns and Hornets about their head-coach vacancies, according to multiple reports, and is widely considered by executives to be one of the best assistants in the league. Nurse, not Casey, is credited with leading the charge in changing the offensive system. If Casey is told to take care, Nurse should be the favorite for his position.”

Despite Toronto’s regular season success–the Raptors have won at least 48 games in each of the previous five years–its only advanced to the Eastern Confernce Finals once since Casey took over.

The Raptors look to keep their season alive in game four of the Eastern Conference Semifinals tonight at 8:30 p.m.