Rumor: ‘Pleading From Family’ Is Only Thing That Could Keep LeBron on Cavs 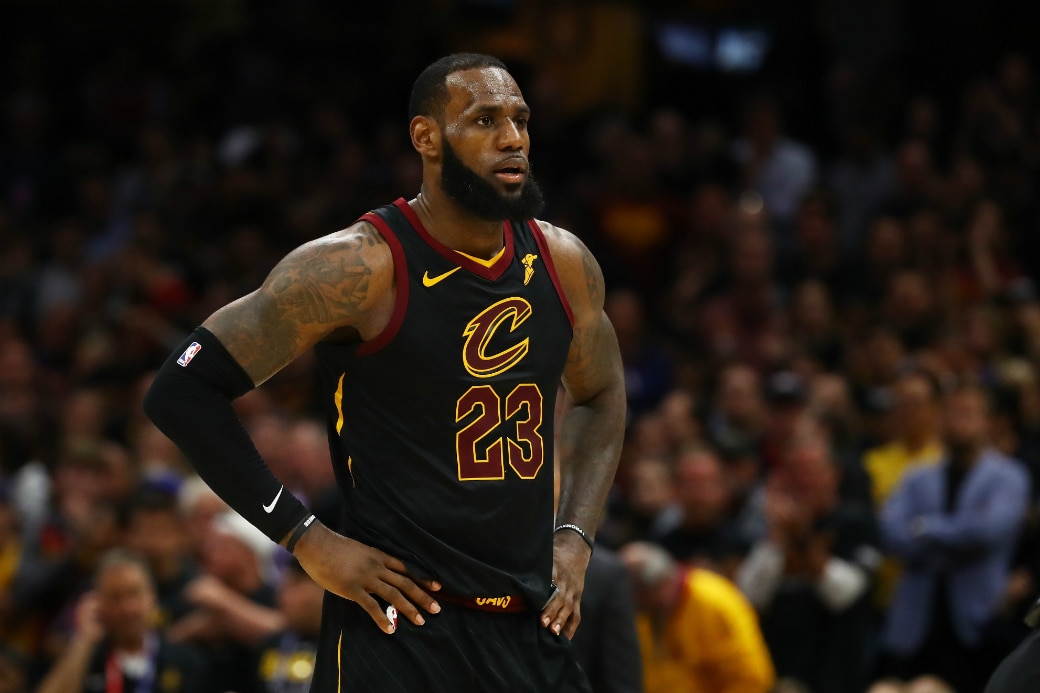 LeBron James might be playing his last game as a member of the Cavaliers on Friday night.

According to the New York Times‘ Marc Stein, James seems very likely to leave Cleveland in free agency this summer, as “pleading from family members” may be the only thing that could result in him staying:

[Cleveland fans] likewise understand that the odds of James electing to stay with his home-state Cavaliers this off-season appear to be only marginally better than the prospect of four consecutive wins against the mighty Warriors — unless merely getting to the championship round is enough for James at 33.

Those who know him best say that it isn’t.

Those privy to James’s thinking say that at this stage, pleading from family members appears to be the only force that could persuade him to extend his second stint with the Cavs and resist the opportunity to switch teams, as he did in 2010 and again in 2014.

Come July 1st, several teams across the League will make a serious run at James, who is expected to go somewhere he believes he can win more titles, per Stein:

The leaguewide belief, of course, is that chasing championships is James’s priority, which necessitates relocating to a team far better equipped to do so than the Cavaliers. He can do so either by signing elsewhere as a free agent after July 1 or opting into the final season of his current Cleveland contract and forcing a trade to a new home.

Game 4 of the NBA Finals is Friday night. If the Warriors complete their sweep of the Cavs, is that it for Bron in the wine and gold?

RELATED
Chris Bosh on LeBron: ‘I Think He Goes to Houston. It’s a Star Power League’