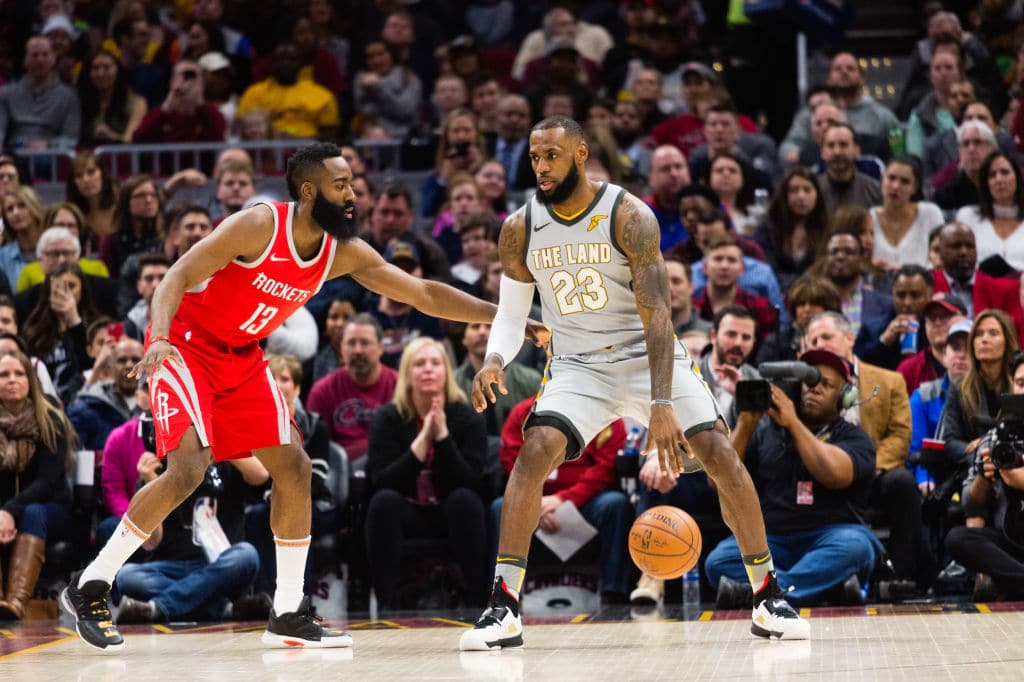 James Harden appears not to have double-checked with his front-office when stating that the Rockets have all the weapons they need to win the NBA championship.

Houston is reportedly “still all in” on the LeBron James sweepstakes this summer.

Updated sense on LBJ front after talking to folks last night
1) Rockets still all in on pursuing him, even if it’s a longshot
2) LeBron may not talk to any teams personally (reps leading the way)
3) Lakers buzz remains, but no clarity on who might join https://t.co/hHyn3CkZks

It remains to be seen if LeBron opts for free agency by declining his $35.6 million player option with the Cleveland Cavaliers for next season by Friday’s deadline.

As was the case with [Chris] Paul last summer when he forced his way out with the Clippers, it remains possible that James could opt in to his current deal and force a trade to a team like the Rockets by making it clear that he’ll opt out and leave in free agency if the Cavs don’t comply. And while Houston is considered a longshot to land James, that isn’t about to keep Rockets general manager/newly-named Executive of the Year Daryl Morey from trying.

According to a person with knowledge of their situation, the Rockets are still all in on pursuing James – even if Harden made it clear that it was hardly a necessity.

The specifics of James’ process remain unclear, but there’s a good chance he won’t ultimately talk directly with officials from any team.