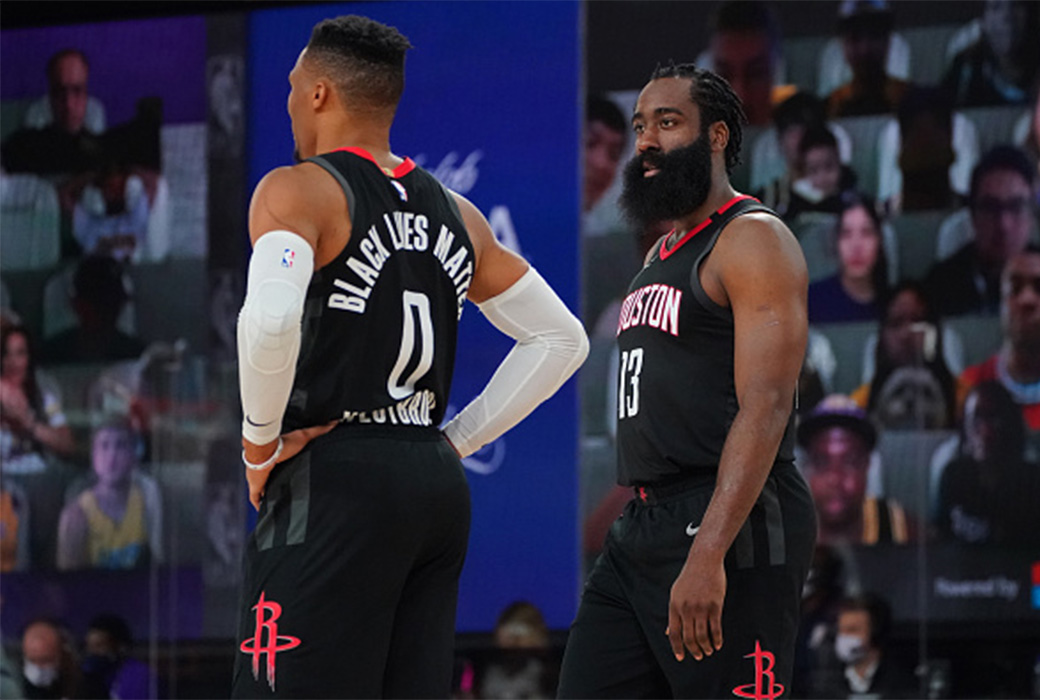 Russell Westbrook’s brief tenure with the Houston Rockets came and went with moderate on-court success last season but reports out of ESPN now suggest that the All-Star guard wasn’t feeling the how the Rockets operated in Houston.

According to ESPN’s Tim MacMahon, Westbrook grew increasingly frustrated with how the organization ran things. The team reportedly had a lack of timeliness, discipline, and “allowed” superstars like James Harden to do as they pleased.

Westbrook didn’t tolerate tardiness. With the Rockets, scheduled departure times were treated as mere suggestions by Harden and others.

Nothing ever starts on time,” a former Rockets staffer said. “The plane is always late. The bus is never on time. … It’s just an organized AAU team.”

On one occasion in the Florida bubble, Harden waited to get his daily COVID-19 testing until just before the Rockets’ film session was scheduled to start. When he wasn’t on time, Westbrook barked, “Start the film! Start without him!” D’Antoni explained that they’d just have to start over when Harden arrived, which didn’t do much to calm Westbrook.”

MacMahon also wrote of Harden’s propensity for partying, a subject that has been front and center since the team resumed training camp this month without their superstar.

Harden was late to report and instead went to Atlanta to attend rapper Lil Baby’s birthday party, and then to Vegas. Harden insists that he was training.

MacMahon’s sources additionally claim that former Rockets point guard Chris Paul didn’t like how Harden chose not to participate in the team’s offense when he didn’t have the ball, and that even Westbrook felt like he wasn’t able to “play his game.”

All drama aside, it’s a new season for Harden—who says that he’s focused on on the present and making sure that he’s in shape.

Westbrook, on the other hand, will get an opportunity to help lead Bradley Beal and the Washington Wizards back into the Eastern Conference playoff picture, free of any drama developing in Houston.