Report: Several Teams Had a ‘No [DeMarcus] Cousins Policy’ 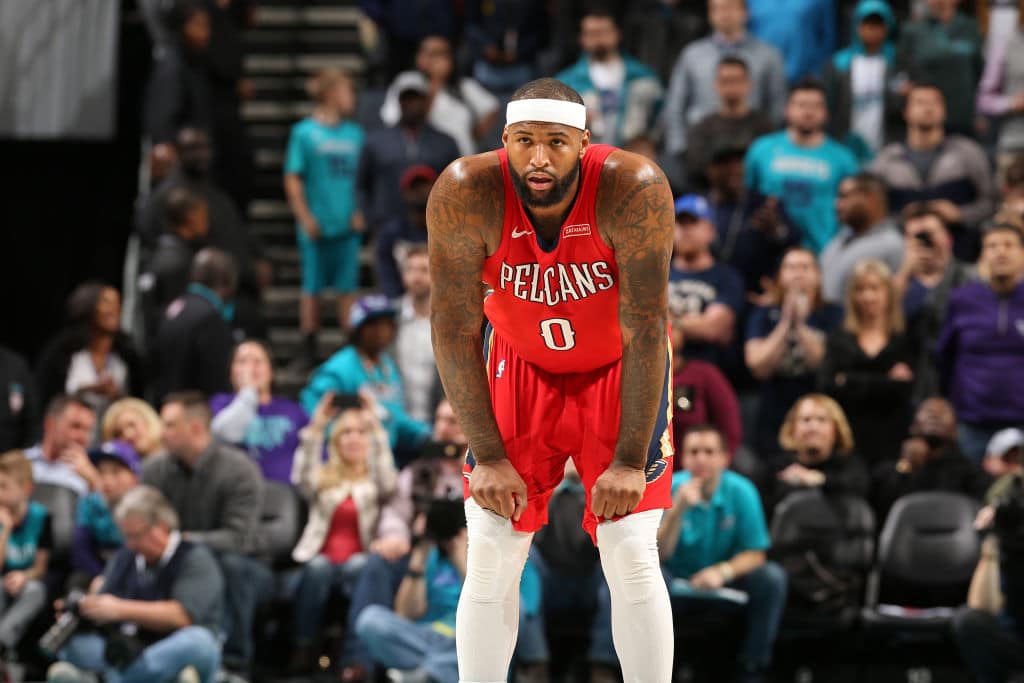 Several NBA teams reportedly had a so-called “no DeMarcus Cousins” policy even before the All-Star center tore his Achilles last season.

The defending champion Golden State Warriors evidently were not in the no-Boogie camp, and shocked the sports world by inking the big fella to a one-year, $5.3 million deal.

From overnight: how the market collapsed on DeMarcus Cousins, why the Warriors on a 1-year deal was one of the only options that made sense, the legacy of the cap spike, and why I'm a hair skeptical the deal quite merited last night's panic: https://t.co/Yhrwm3487N

Cousins said he was hurt and confused that he had received no offers—even from New Orleans, which reportedly explored a sign-and-trade with Portland—this summer as a free agent.

By the time of their elimination — at the hands of the Warriors, naturally — the Pelicans had already explored the idea of offering Cousins a two-year deal at well below the maximum salary, sources told ESPN.com in May. They had to know that would go over poorly with Cousins, who believed his track record justified a max-level contract — even coming off one of the most devastating injuries in sports.

A number of teams had a No Cousins policy before he tore his Achilles. That number grew as teams feared committing to what might be a less explosive version of him.

By the middle of Monday, Cousins’ people were calling teams and pitching deals: one-year, $15 million in one place, per sources, other numbers in other places.

Related
DeMarcus Cousins: ‘This is My Chess Move’