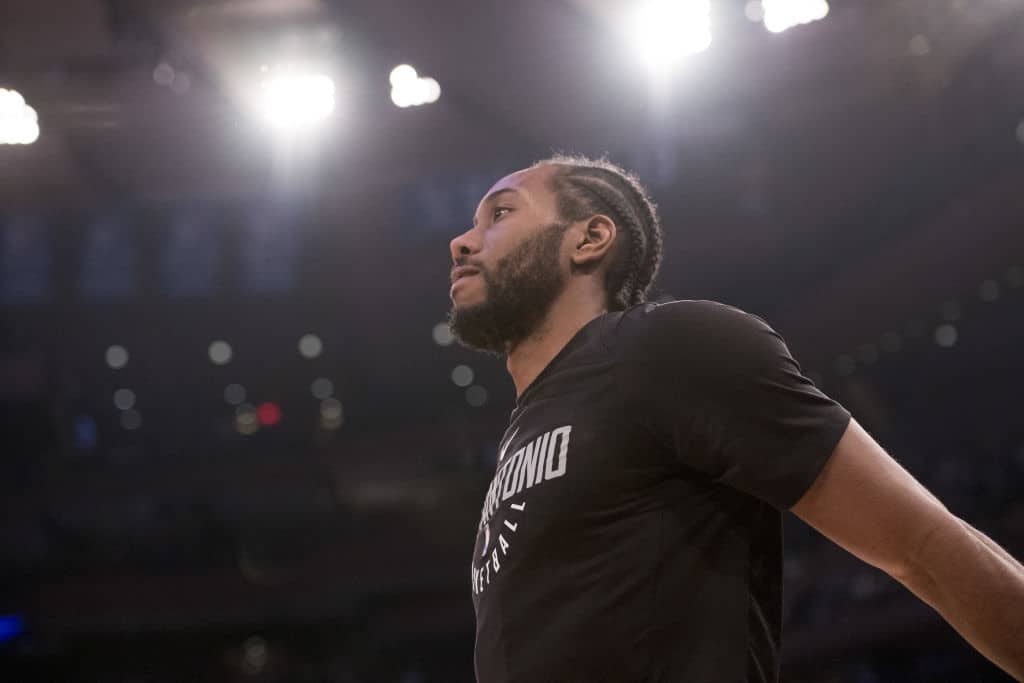 The San Antonio Spurs’ season came to an end Tuesday night following a 99-91 Game 5 loss to the Golden State Warriors, and now they enter a summer of deep uncertainty.

The Spurs’ braintrust—led by head coach Gregg Popovich—is expected to sit down with superstar forward Kawhi Leonard during the offseason, and attempt to figure out if he still wants to be part of the team.

A lingering quad injury limited Leonard to just nine games and created a widely-publicized rift with the organization.

An all-hands-on-deck summer meeting with star forward Kawhi Leonard sits high on the priority list for the San Antonio Spurs, according to sources, as the team enters a pivotal offseason in the wake of Tuesday’s 99-91 season-ending loss to the Golden State Warriors in Game 5 of the Western Conference playoffs.

With head coach Gregg Popovich expected to take the lead, the Spurs plan to meet with Leonard over the summer to gauge whether the sides can work out their differences and continue what has been largely a positive and productive partnership, sources said.