Report: Spurs to Keep Kawhi Leonard or Trade Him to Eastern Conference 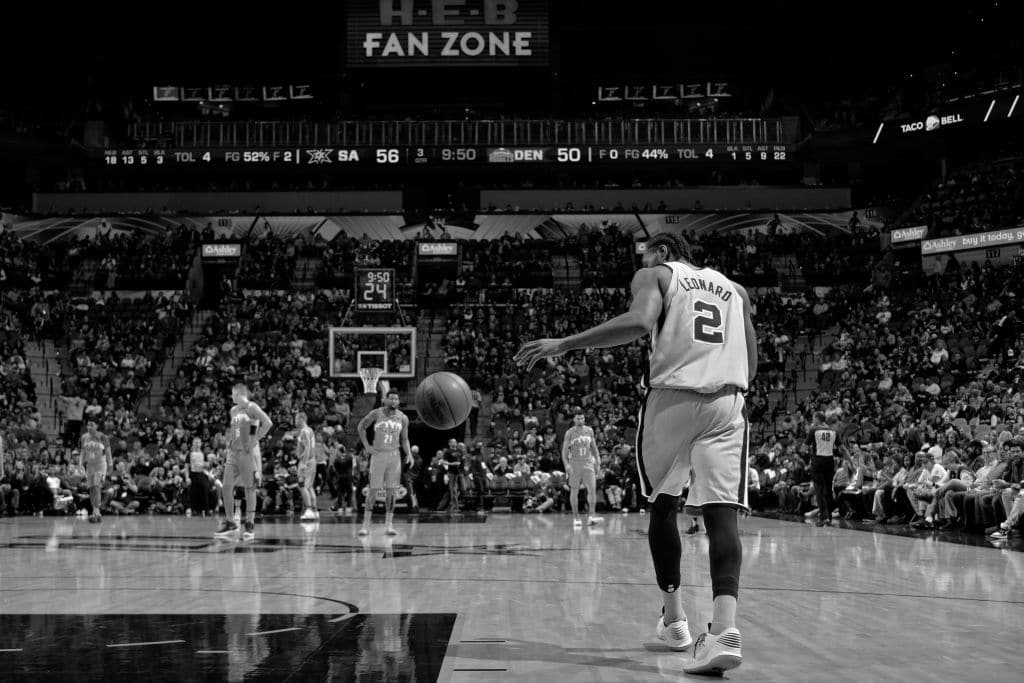 The Spurs are determined to repair their relationship with Kawhi Leonard, but if that doesn’t work, they’ll reportedly only consider trading the disgruntled superstar to the Eastern Conference.

Leonard has informed the team that his desire would be to be sent to Los Angeles.

In this piece, explored the Kawhi situation a bit: Cavs have inquired, I’m told, but no traction. Spurs telling West teams to pound salt, will send him East – if anywhere at all. https://t.co/9RW8J1Inxv

The Lakers and Cleveland Cavaliers have expressed interest in a potential swap, but neither organization has been able to move the needle with San Antonio’s front office.

Fellow West teams have been told, in essence, to get lost – none moreso than the Lakers, according to ESPN. As it stands, the Spurs are determined to either fix the situation or trade Leonard to an Eastern Conference team. For teams other than the Lakers, the threat of losing Leonard in free agency next summer makes the prospect of offering meaningful assets a complicated, calculated risk.

The Cavs have reportedly pursued a deal for Kemba Walker to bolster their pitch to [LeBron] James, but might they be able to swing a deal for Leonard instead? They might have a better shot than anyone in the West, but they’d be hard-pressed to compete with the kind of packages that teams like Boston and Philadelphia could put forth. According to a person with knowledge of the situation, the Cavs have inquired about Leonard but there is no traction on a possible deal. The Spurs have told teams to put forth offers without any indication of what might come next. The person spoke to USA TODAY Sports on the condition of anonymity because of the sensitivity of the situation.