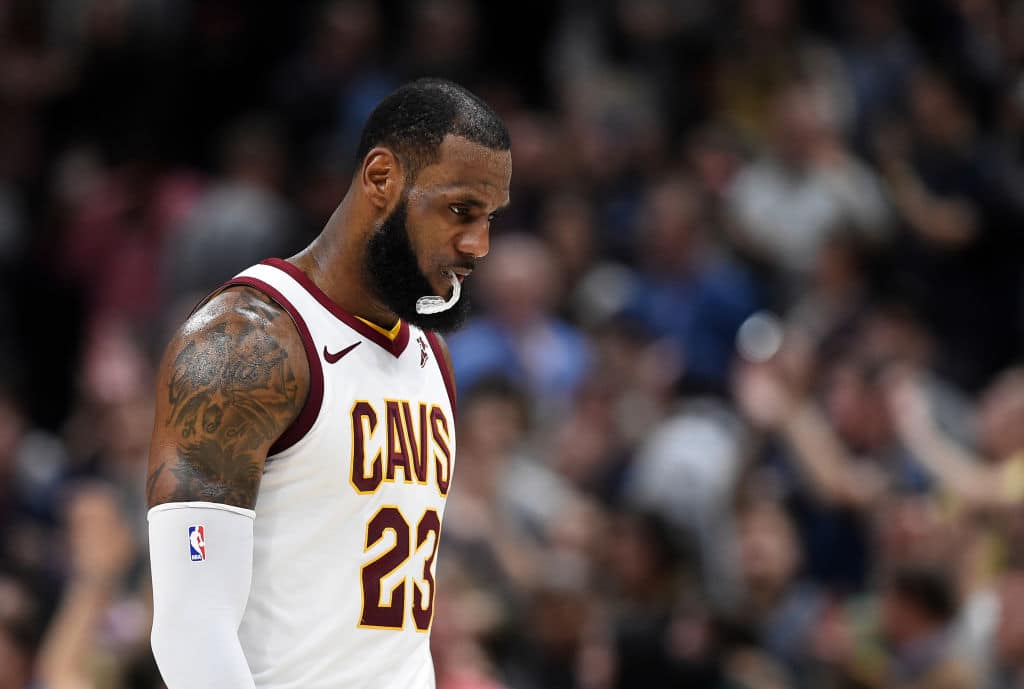 Frustration is building in Cleveland, and some of it reportedly has to do with LeBron James and his playing style.

Some of James’ Cavs teammates are said to be irked with him holding the ball until he sees an “assist” pass.

LeBron yelled at his team during Thursday night’ blowout loss in Toronto—they’ve dropped seven of their last ten games—and told reporters that the Cavs have reverted back to self-defeating habits from earlier this season.

“We’re just in a funk. We’re in a funk. Once again we’re back to the beginning of the season, and we’ve just got to find a way to get out of it. It’s going to start with us, and everybody getting back to what we were doing when we were playing good ball.

It’s so fragile, and I don’t know where it kind of went wrong, or what happened. The switch went back. We’ve got to try to pick it back up and find it.”

Told of Lue’s suggestion [that some players have an agenda], LeBron James said “I would hope not.”

“I don’t have one. I just want to win,” he said. “I just like playing ball the right way, getting guys involved and winning the game also. I don’t (have an agenda).”

James had one assist — yes, one — on Thursday, to go with his game-high 26 points. It was the 10th time in his career he had fewer than two assists in a game. In Minnesota, James scored exactly 10 points for his lowest scoring game in 10 years.

Players have grumbled that James has slowed the ball movement, holding onto the ball until he sees an “assist” pass, rather than moving it quickly.

Related
Tyronn Lue: ‘We’ve Got to Get Rid of Our Agendas’