Report: Thunder Want to ‘Rid Themselves’ of Carmelo Anthony 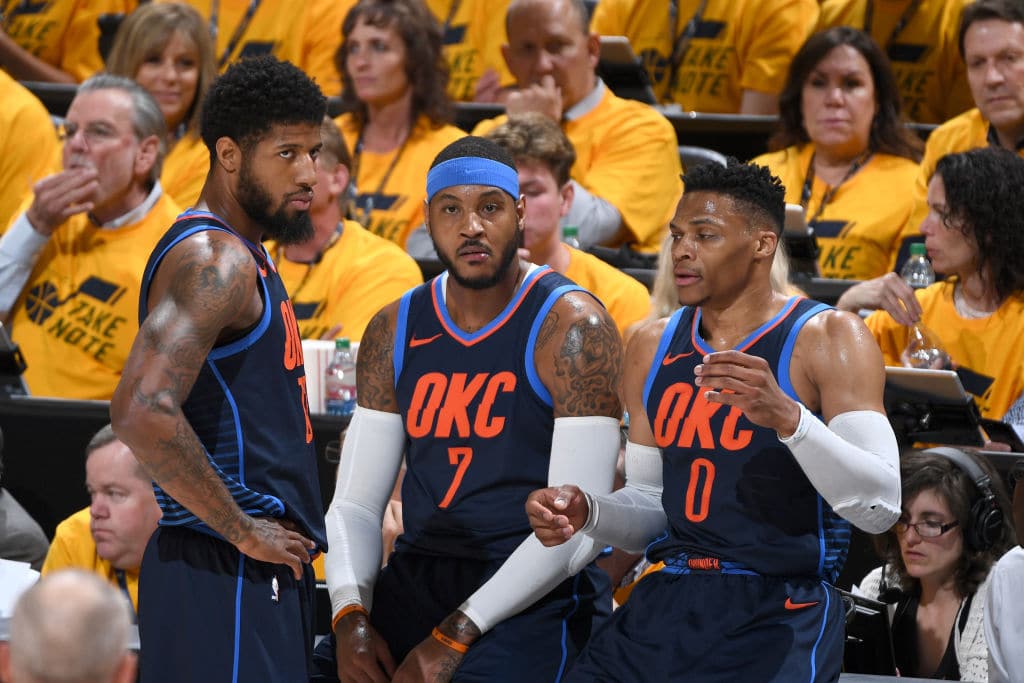 Carmelo Anthony‘s first season in OKC was nothing short of disastrous, and it might very well be his last, as the Thunder are reportedly looking to “rid themselves” of the future Hall of Famer.

Anthony, 33, averaged a career-low 16.2 points in 78 regular season games, and was a non-factor in OKC’s six-game first round playoff exit.

The Thunder’s focus this summer will be on retaining All-Star forward Paul George.

Keeping George in town has been the underlying goal since before the season started. The Thunder traded for George, a free-agent-to-be last summer with the hope that [Russell] Westbrook could recruit him from within and persuade him to pass on a chance to go home to Los Angeles or join a contender like the Rockets in order to stick it out with OKC. There’s not much more the Thunder can do on that front.

What might be more pressing is the issue with Anthony. While the Thunder want to keep George long-term, they’d very much like to find a way to rid themselves of Anthony, who could not find a role with the team and did not inspire confidence with his unwillingness to sacrifice, highlighted by his insistence that he would not come off the bench. 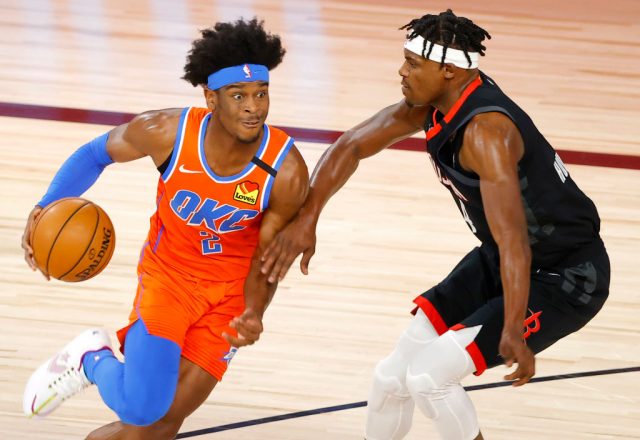