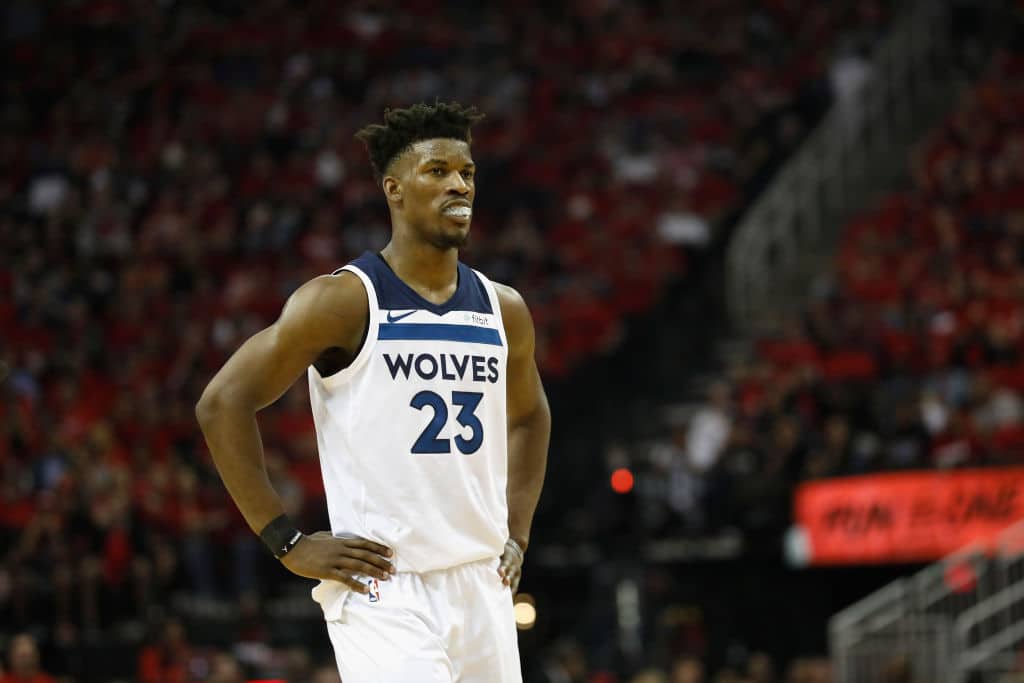 Jimmy Butler‘s desire wish for a quick trade out of Minnesota has reportedly been met with resistance from the Timberwolves’ braintrust.

The team is said to be telling rival execs that it intends to hang on to the unhappy four-time NBA All-Star.

ESPN story on Minnesota front office responding to trade calls on All-Star Jimmy Butler — and how owner Glen Taylor could impact the decision to move him. https://t.co/I7CEayA7H8

Butler, 29, reportedly gave the T-Wolves of a three-team list of potential destinations.

Often that’s an opening message that’s followed with a query on what a prospective trade partner might offer in a hypothetical deal, but that hasn’t been the case in the Timberwolves’ dialogues with teams late this week, sources said.

Thibodeau doesn’t want to trade Butler, especially in a scenario that would imperil the franchise’s ability to reach the playoffs for a second straight year after missing the postseason the previous 13 seasons, league sources said.

Because of Thibodeau’s uncertain long-term status with ownership, Taylor could have a different view on how to handle the trade request given the possibility that Butler could leave Minnesota in summer free agency without the Wolves getting back the kind of assets that would come with a trade.