Report: Tyronn Lue Not on the Hot Seat 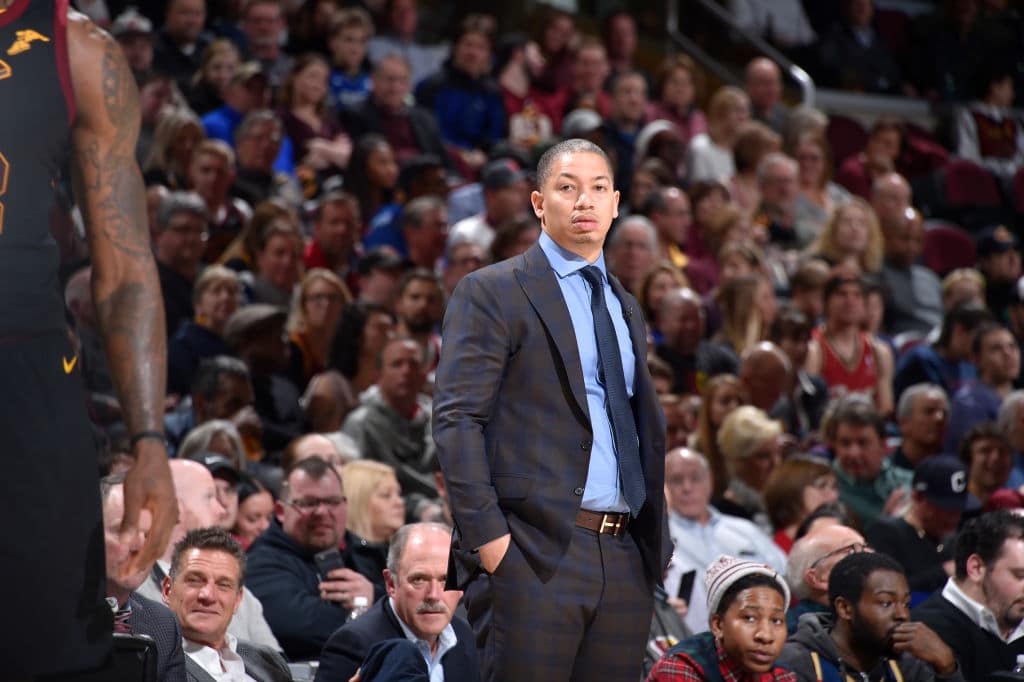 Cleveland has lost 12 of their last 18 games, but Cavs head coach Tyronn Lue reportedly doesn’t have to worry about losing his job at this point.

Cleveland Cavaliers official on Ty Lue: "We are not firing our head coach." ESPN story: https://t.co/wntuLZWZmh

The Cavs (30-21) hold a half-game lead on Washington for third place in the Eastern Conference and are only 1.5 games ahead of Indiana.

Following a 120-88 beatdown by the visiting Houston Rockets on Saturday night, LeBron James said Cleveland should be yanked off national television.

LeBron: "I'm at a loss for words… They should take us off of every nationally televised game for the rest of the season." (via PDcavsinsider/Twitter)

The Cavaliers are planning to continue pursuing deals to improve the floundering team between now and Thursday’s NBA trade deadline, league sources said.

“We are not firing our head coach,” one Cavaliers official told ESPN late Saturday night.

Lue has expressed frustration with the team, describing the Cavaliers to ESPN’s Lisa Salters at halftime of Saturday’s loss as “soft, weak, no physicality, no toughness, no grit.”