Report: Warriors Had $500K Worth of Alcohol on Championship Parade Buses 😳 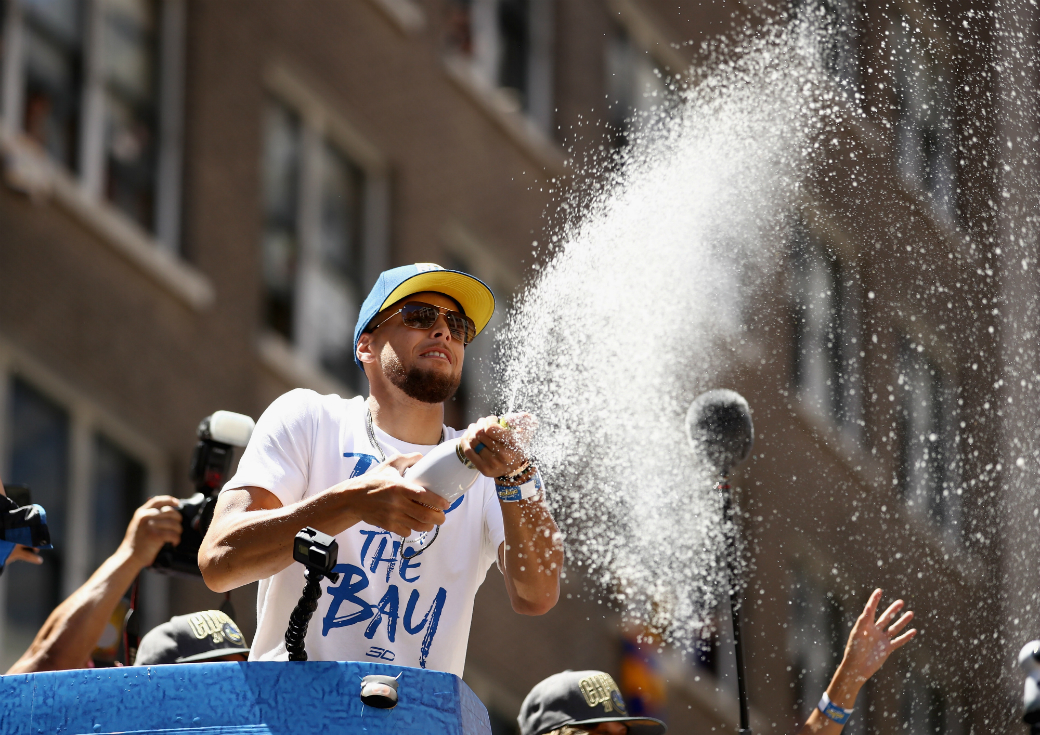 On Tuesday, the Golden State Warriors celebrated their third championship in the last four years with another epic parade that included HALF A MILLION dollars of alcohol, according to TMZ Sports,

TMZ also reported that the Dubs popped $400,000 worth of champagne in their locker room after sweeping the Cavaliers last Friday.

Check out the best moments from the parade, including some hilarious fits, a legendary quest for a bottle of Henny, and more.